Maxine Daniels was honored by staff members, family, friends and Pastor Kerwin B. Lee of Berean Christian Church at a farewell celebration, which was held on Sept. 22 at the Maloof Auditorium in downtown Decatur. Staffers and others showered Daniels with gifts and told her how much she would be missed. 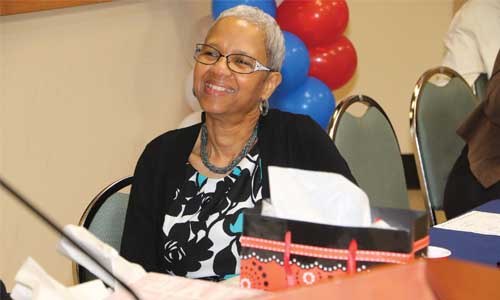 Maxine Daniels is retiring from her position as DeKalb County’s Director of Voter Registrations and Elections. Daniels, who served 16 years, was honored for her work at the DeKalb County Board of Commissioners’ meeting on Sept. 26. DeKalb CEO Michael Thurmond and the board proclaimed Sept. 29—Daniels’ last day of work—as “H. Maxine Daniels Day in DeKalb County.”

Staff members, family and friends held a going away celebration for Daniels the week before the CEO and board honored her. She received gifts and tributes during a program held at the Manuel Maloof Auditorium in downtown Decatur. Staffers and others told her how much she would be missed.

“I just want to thank everyone for the support they have shown me,” said Daniels. “I’m planning to relax, do some traveling and just enjoy life.”

Daniels said she is looking forward to a new chapter in her life, having served the public for so many years.

Daniels, who rose from being a temporary elections worker, directed 48 elections including two presidential and two gubernatorial elections during her tenure. She supervised the incorporation referendums for four potential municipalities and under her leadership, advance voting availability increased by 300 percent through the addition of election sites and check-in equipment. Daniels was the first elections director in the country to implement advance voting sites provisioned specifically for senior and disabled voters.

“I worked with senior centers and other organizations to coordinate days that seniors and the disabled could come in to vote early. I am most proud of that accomplishment because I feel it made a difference,” said Daniels, who added that another highlight of her career was overseeing the 2008 elections in DeKalb. Barack Obama, the country’s first African American President, was elected that year.

“It was a very exciting time. The voter turnout was 88 percent. We were overwhelmed, but in a good way,” said Daniels.

Daniels said she is leaving confidant that her understudy is ready to take over the helm. Erica Hamilton, the interim director, has been working closely with Daniels for the last year. However, she’s no neophyte. Hamilton formerly worked in the Elections Division at the Secretary of State’s Office.

“She (Hamilton) has a lot of experience. I believe she will do a good job,” Daniels said.

Hamilton will be put to the test this month Daniels said, as advance voting gets underway Oct. 16-Nov. 3 for the Nov. 7 municipal elections and the SPLOST and EHOST referendums. 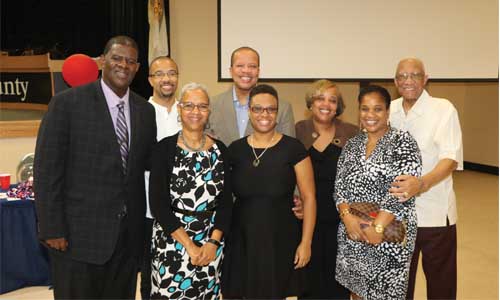 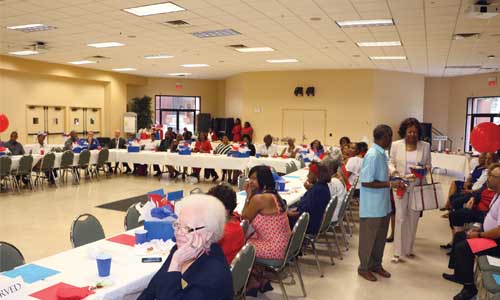 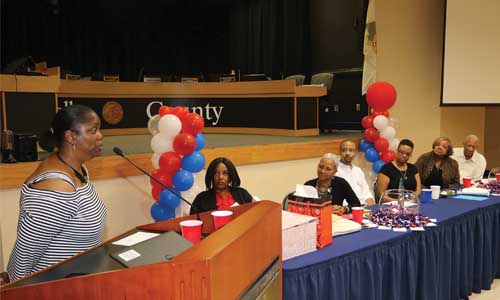