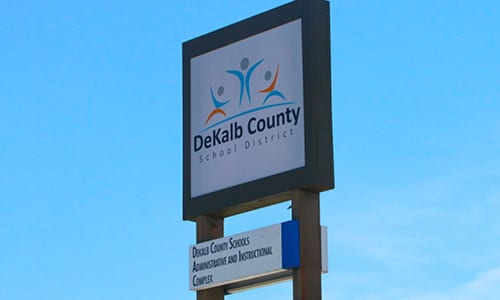 Following the public hearing, the DeKalb Board of Education will consider the adoption of the district’s proposed $1.832 billion budget—including $1.092 billion for the General Fund—for the 2019 Fiscal Year at 7 p.m.

The Board will also consider approval of the Fiscal Year 2019 final millage rate. The fiscal year 2019 millage rate has not yet been finalized.  Under the latest proposal, the millage rate would remain the same. For the past four years, the Board has reduced the millage rate as it recognized that more revenue was being generated each year due to increases in property values across the district.

Other budget priorities include:

• $2.077 million for the purpose of opening an early childhood learning center.

• $1.5 million to ensure a nurse is present at each middle and high school.