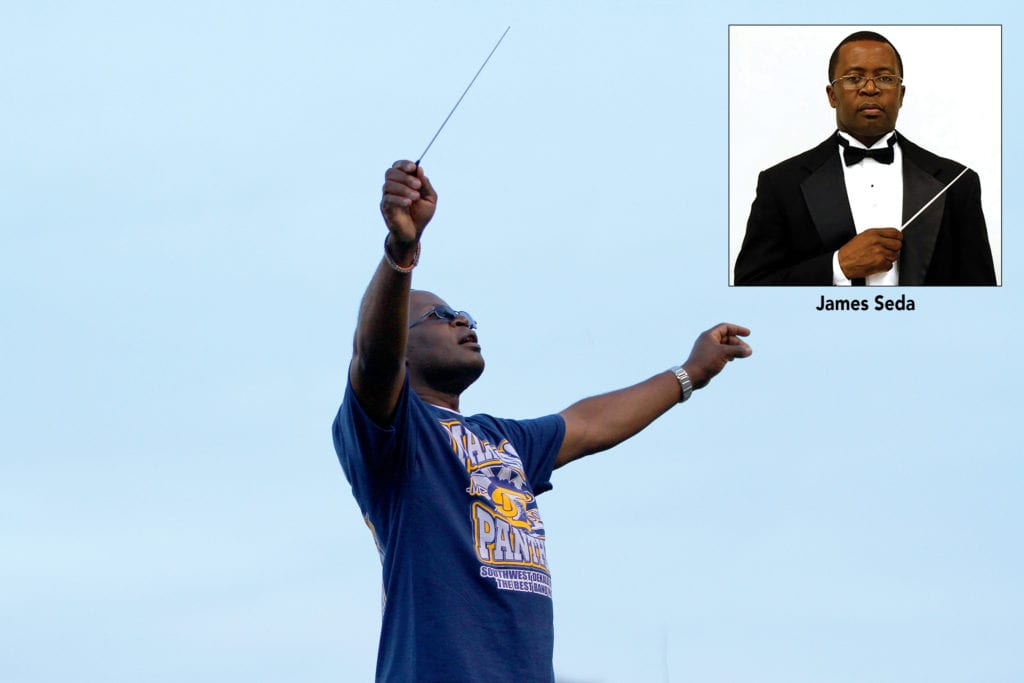 As one of 13 new members, Seda joins recognized band directors from various public schools, universities and orchestras throughout the United States and Canada. Seda’s election also brings the total number of African-American band directors among the American Bandmasters Association to just six of 325 total members.

A product of the Atlanta Public Schools, graduated from Southside Comprehensive High School. He received his bachelor’s of science degree in music education from Florida A&M.

Bands under Seda’s leadership have been featured in the movie, “Drumline,” marched in the Tournament of Roses Parade in Pasadena, California, and have performed at the 2016 Historically Black Colleges and Universities Band Directors Consortium. Seda is a four-time recipient of the Citation of Excellence award from the National Band Association.

Seda and his wife, Jennifer, live in Ellenwood, according to musicedalliance.org.  He is a member of Alpha Phi Alpha fraternity and a member of Kappa Kappa Psi National Honorary Band Fraternity. Seda also is a member of the Minority Band Directors National Association.

The American Bandmasters Association, founded in 1929, is comprised of conductors, composers, and arrangers. The organization helps further the interests of classical American and Canadian musicians by providing significant services to bands nationwide. Some accomplishments include the establishment of the Journal of Band Research; the founding of the National Band Association Hall of Fame for Distinguished Conductors; the American Bandmaster Research Center at the University of Maryland; and half a century’s worth of dedication to the betterment of bands.