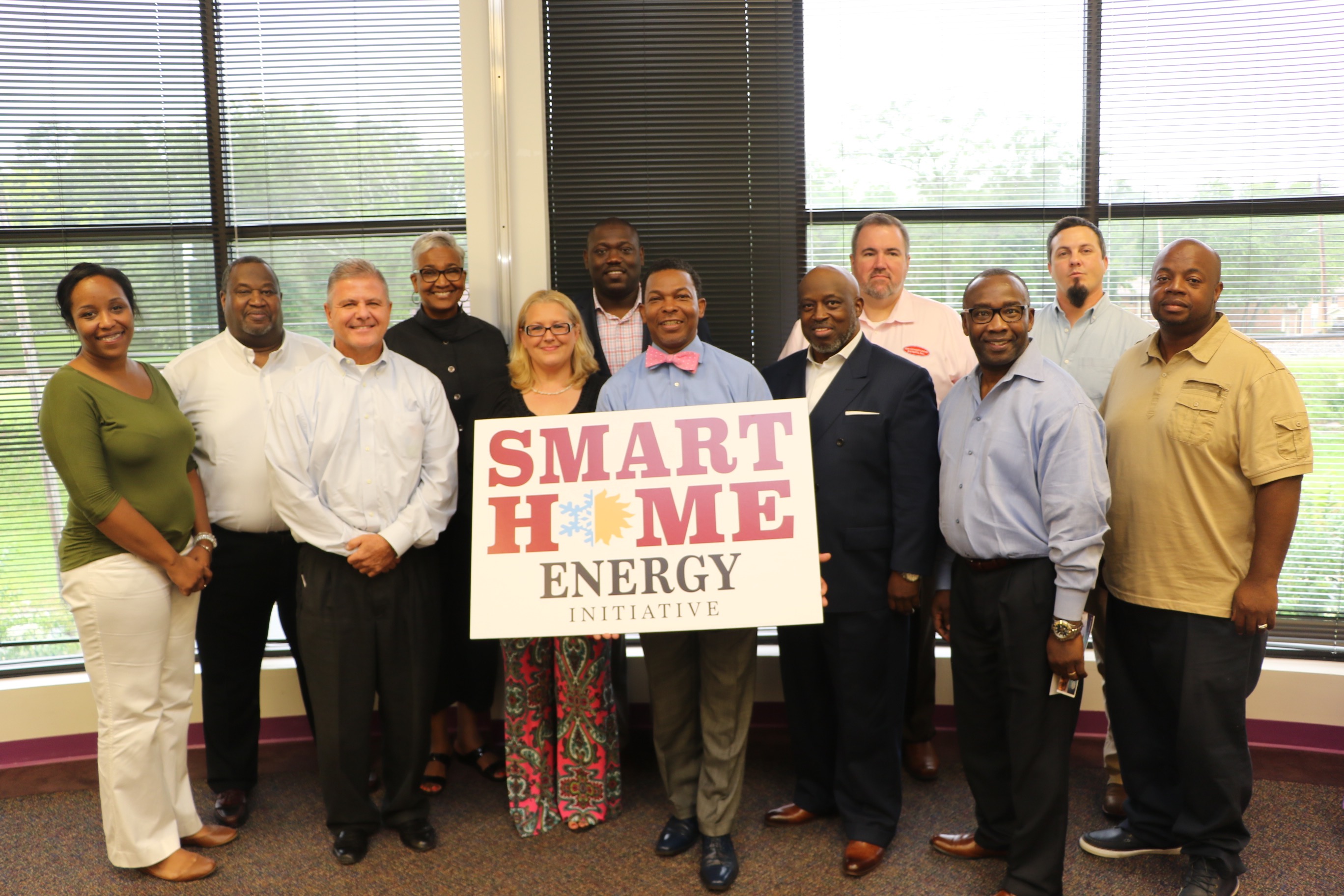 The DeKalb Pastors Alliance is partnering with energy companies and financial institutions to get the word out to homeowners the R-22 refrigerant commonly known as Freon will be phased out across the country beginning in 2019. The Environmental Protection Agency (EPA) will require energy efficient air-conditioning systems in homes. Freon will be replaced by the environmentally-friendly Puron.

“There will be no more Freon. We’re trying to be proactive to let homeowners know. The bible says we perish for lack of knowledge and we want to make sure everyone is educated about the changes,” said Pastor Steven Dial, executive director of the DeKalb Pastors Alliance.

The Alliance held a news conference on June 22 at Clarkston First Baptist Church in Clarkston to announce the launch of the “Smart Home Energy” initiative to educate residents of DeKalb County. The Alliance has teamed up with National Sustainable Energy Group, Atlanta Gas Light, Georgia Power, Genesis Credit, Goodman Manufacturing, UtiliPro and Wells Fargo to create the initiative.

“The pastors understand the importance of our communities being educated on the environmental law and how it will be cost effective and beneficial to all to utilize energy efficient HVACs,” said Pastor Dial. “We don’t want people to get gouged by companies. We’re providing information on companies that offer the best prices for the conversion.

Percy Brooks’ company, National Sustainable Energy Group, for example, is offering a rent-to-own program to homeowners who need a new AC system but cannot afford to pay for one up front. Brooks estimates the federal phase-out will affect about 70 percent of homeowners in DeKalb.

Pastor Dial said the Alliance will be promoting incentives that are being offered such as Georgia Power’s $250 rebate on new AC units.

“There are 150,000 parishioners under the leadership of pastors who are involved with the DeKalb Pastors Alliance. We are asking every pastor to make public service announcements and to hold workshops to educate their members and the public at large,” Pastor Dial said. The Alliance, he said, includes more than a dozen churches.

Many homeowners already have purchased new AC units, said Brooks. Dial reported some of his congregation members who have benefited.

“Three of my members have already purchased new units and their power bills went down. We want people to know that not only are the changes good for the environment but a cost savings to homeowners,” said Pastor Dial, who is planning a Unity in the Community Revival in September to also get the word out.