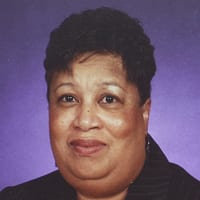 The DeKalb NAACP’s 18th Annual Dr. Martin Luther King, Jr. parade will be held on Jan. 20. The kick off ceremony will begin at 11:30 a.m. at Green Pastures Christian Ministries Church, 5455 Flat Shoals Parkway, Decatur at 11:30 a.m. The parade will start promptly at noon.

“We continue to honor Dr. King so that he is always remembered for his sacrifice for all people,”said DeKalb NAACP President Teresa Hardy.

The 2020 parade grand marshal is Barbara Cross, survivor of the 1963 bombing of the16th Street Baptist Church in Birmingham, Alabama where four young girls were killed in the attack on the church.

Attendees will be able to register to vote and receive information about the upcoming 2020 census following the parade.

Groups and individuals wishing to participate in the 2020 parade must arrive by 10 a.m. on the day of the parade. Participants must be pre-registered. Registration forms are available by calling the NAACP office at 404-241-8006, emailing info@naacpdekalb.org or by going online at https://www.eventbrite.com/e/18th-annual-dr-martin-luther-king-jr-parade-tickets- 42729348632.