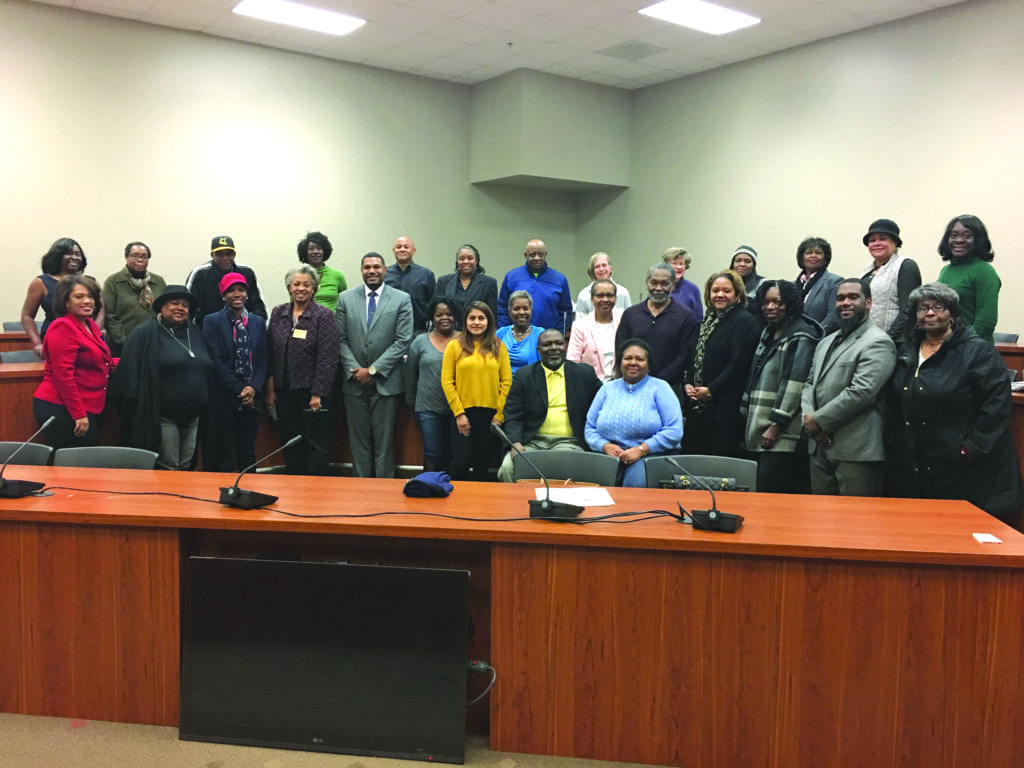 DeKalb NAACP’s recruitment drive, launched in October, has yielded 103 people who have registered to become volunteers with the DeKalb County School District.

Officials said 31 of those who registered attended the first training session, which was held on Dec. 12 with Deputy Superintendent Vasanne Tinsley at the school district’s Administrative Instruction Center.

NAACP Education Chair Lance Hammonds said people from all walks of life have signed up to volunteer.

“We’re very encouraged by the turnout and the feedback we have received from those who want to get involved in our schools,” said Hammonds. “We have young and old, working professionals, retirees and ordinary concerned citizens who just want to see our students succeed.”

Decatur resident Ann Rhea, 84, who was among those who attended the first training session, says she hopes to work in the classroom with s teacher and students. The retired educator said she has a passion for English and history and she would be happy to help in a classroom.

“I can grade papers. I taught English and Latin and I lived in Saudi Arabia for 12 years,” said Rhea. “I’m looing forward to helping the young people and the teachers in any way that I can. I want to work some place close to where I live because I don’t drive.”

Betty Stuckey, president of Lambda Epsilon Omega Chapter of AKA Sorority, Inc., which serves the DeKalb County area, said she and her husband, Samuel, signed up because they are concerned about DeKalb’s underperforming schools.

“I wanted to learn more about how my sorority could get involved. We have worked with several schools donating backpacks and participating with hunger awareness at McNair High School and Stoneview Elementary. I think volunteering would be another additional way to support our schools.”

Stuckey said her husband, Samuel, also plans to participate as a volunteer.

Hammonds said a training session for those who missed the first will be on Saturday Dec. 16, at the Stone Mountain Sue Kellogg Library, 952 Leon St, Stone Mountain. After the training sessions, participants will undergo background checks and then receive their assignments to help in classrooms, administration offices, hallways and wherever they are needed to help bolster student academic achievement in schools across the district.