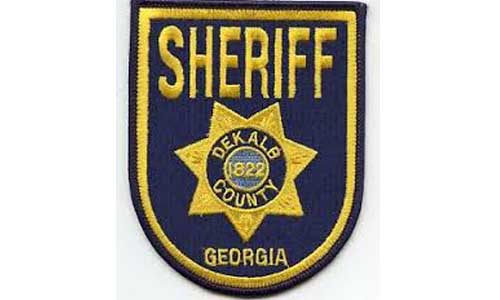 A Lithonia man is awaiting extradition to the DeKalb County Jail following his arrest on July 27 in Tallahassee, Florida on a warrant for felony murder, the DeKalb Sheriff’s Office said today.

Rondriques Brundage, 32, is charged with the shooting death of Rodrell Matthews on July 9.  The warrant alleges that Brundage shot Matthews at the front door of 6676 Chupp Road in Lithonia, causing his death.

Caroline Alicia Davis, 23, of Decatur also was arrested in connection with Matthews’ death. Davis was charged with concealing a death and tampering with evidence.

The warrants alleged that on the day of the shooting, Davis attempted to conceal Matthews’ death and tampered with evidence by knowingly destroying or altering evidence at the scene.

Brundage and Davis fled the state and were located at a motel by authorities in Tallahassee, Florida. The U.S. Marshals Florida Caribbean Regional Task Force (FCRFTF),Leon County Sheriff’s Office/Air Support and the Tallahassee Police Department arrested the suspects.

The suspects were taken into custody at the Leon County Jail and are being held pending extradition to Georgia.