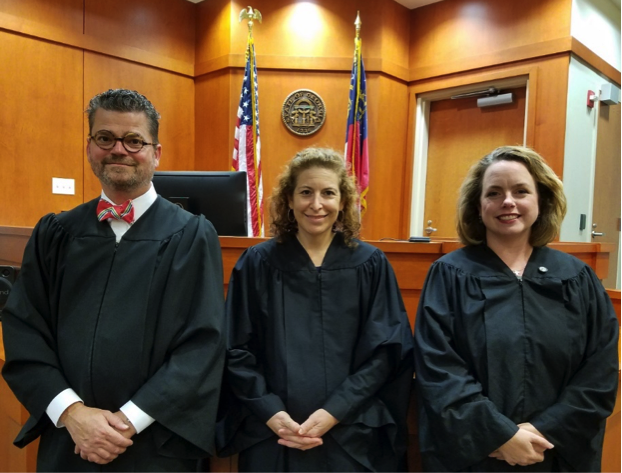 DeKalb County Magistrate Court judges are leading an effort to crack down on abandoned, dilapidated and burned-out properties in DeKalb County. The Magistrate Court’s Ordinance Division judges, who hear cases involving code enforcement, animal control and nuisance abatement, have put procedures in place for the county to tear down nuisance structures and recover the costs of demolition from property owners.

Chief Judge Berryl A. Anderson said the dilapidated structures pose a hazard to county residents and her court can take action against violators since state lawmakers recently shifted the responsibility for ordinance violations to Magistrate Court.

“We have long been plagued in DeKalb County with problems created by these troublesome properties,” Anderson said. “In the past, there was not much that could be done unless the properties’ owners could be found. This initiative allows the county to move forward with taking down these properties, regardless of whether the owners respond to court orders. We can protect the rights of homeowners while making sure the neglect of their property does not undermine the quality of life in DeKalb.”

Anderson said the judges are following a strict procedural checklist to ensure that property rights are protected. Notices are being sent to all interested parties, including property owners, homeowners, mortgage holders and renters.

In three of the 10 cases heard, judges ordered demolition, if property owners did not immediately take steps to make improvements. Another three cases revealed the owners had remedied some of the cited violations, including one of them, who responded and actions were dismissed by the Code Enforcement officer.

Anderson said the hearings will be held on the third Thursday of each month , 2 p.m., at 3630 Camp Circle, Decatur in the Camp Circle Courthouse Complex, Courtroom E. The public is invited to attend. The court anticipates that as many as 25 cases will be reviewed at any of these hearings.