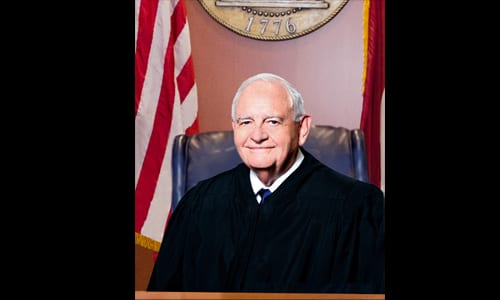 The recipients include the DeKalb Lawyers Association, which provides scholarships to African-American students attending law school; the DeKalb Volunteer Lawyers Foundation, which provides legal training and counsel services for the indigent and victims of domestic violence;  and Atlanta Legal Aid, which has provided legal counsel to the indigent for nearly 100 years.

“What better way to honor Black History Month than to invest in the dreams of others.  Judge Seeliger’s generous contributions have established a legacy of hope, humility and service that we all should follow. I am proud to be one of the original founders of DLA and to see the growth and impact it has made through the years,” said Mereda Davis Johnson, whose law firm is based in DeKalb and who also serves as DeKalb County’s District 5 Commissioner.  She is the wife of Georgia Congressman Hank Johnson.

Seeliger has contributed a total of $90K to the three organizations over the last several years.

Seeliger said that it is the moral duty of those in leadership roles to assist their future successors, as well as ensure that those who are most vulnerable within our society have access to legal services.

In a letter to Commissioner Davis Johnson, Seeliger applauded the efforts of the three legal organizations.

“It is money well spent. These organizations are the conscience of our profession.The practice of law is often under attack, but it is, after all a profession, not only to make a living, but to provide service to their community. With these three organizations, that service is being provided,” said Seeliger.

Seeliger said that he fully supports the work each organization does and that he is thankful for their contributions to the legal profession and community at large.

“I thank all of those who work at the Legal Aid Society, and those who volunteer through the DeKalb Volunteer Lawyers Foundation and the members of the DeKalb Lawyer’s Association. Thank you for your service to our community and to our profession,” said Seeliger.