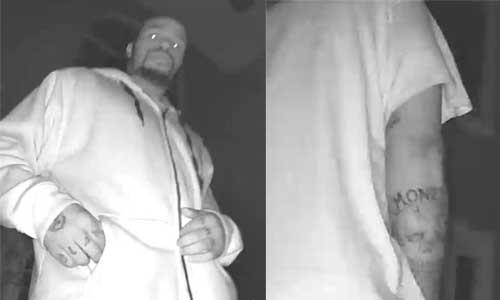 The DeKalb County Police Department is seeking the public’s help in locating the suspect they believe fatally shot an Ellenwood man.

Police found the body of Frankie Tyrone Russell, 48, on the floor near the dining room inside his residence, located in the 2300 block of Deer Springs Drive in Ellenwood on Oct. 5. Police were dispatched to the home after an alarm was activated by the garage door, which they found open when they arrived.

Investigators said Russell was found with a single gunshot wound to the left side of his head. They said they believe Russell and the suspect were acquaintances and got into a dispute. A bedroom was ransacked, according to the police incident report.

The suspect has  tattoos on his hand and arms.

Anyone with information is asked to contact the DeKalb County Police Department at 404-294-2911.