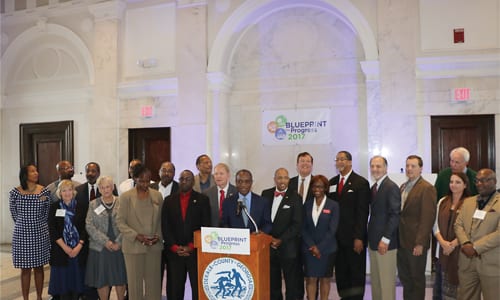 Proposed by DeKalb CEO Michael Thurmond, the DeKalb County Board of Commissioners and the 12 cities wholly within the county, the measure will increase the current sales tax from 7 percent to 8 percent in April 2018.

“For the first time in DeKalb County’s history, voters have approved a blueprint for success with the passage of the SPLOST,” said CEO Michael Thurmond. “We take this vote of trust seriously and will continue to work with our city partners on a better future.”

Eighty-five percent of the $388 million expected to be generated over the next six years for the county will go toward transportation projects, with more than $151 million for road resurfacing. The tax will also fund new fire stations and police cars as well as the renovation of parks, libraries, senior centers and health centers.

DeKalb cities will receive $249 million for projects within their jurisdictions, allocated by population. Each city has its own project list.

More than $110 million annually of the one-cent sales tax will go toward residential property tax relief. Also, homeowners will have their tax assessments frozen as long as the SPLOST is in effect. Unprepared food and drugs are exempt from the sales tax increase.