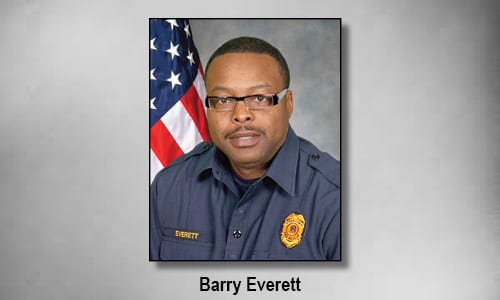 A DeKalb County firefighter was found dead on Wednesday, Aug. 8, by a crew member at one of the county’s fire stations.

Barrett Everett, 42, was found dead during a shift change at Fire Station 25, which is located on Rockbridge Road in Stone Mountain.

Captain Dion Bentley said firefighters had responded to a late night call on Aug. 7 and returned to go to bed at the station. A crew member found Everett deceased in bed during a shift change, Bentley said.

Flags were flown at half mass throughout the county to remember Everett, Bentley said.

“It is with great sadness that the DeKalb County Fire Rescue Department announces the passing of DeKalb firefighter Barry Everett, a nine-year veteran assigned to Fire Station 25’s B shift,” the fire department officials said in a news release. We ask that you continue to keep the family of Master Firefighter Everett in your thoughts and prayers.”

At On Common Ground News’ press time, officials did not have any further information concerning Everett’s  cause of death or funeral arrangements. The information will be updated at www.ocgnews.com when it becomes available.