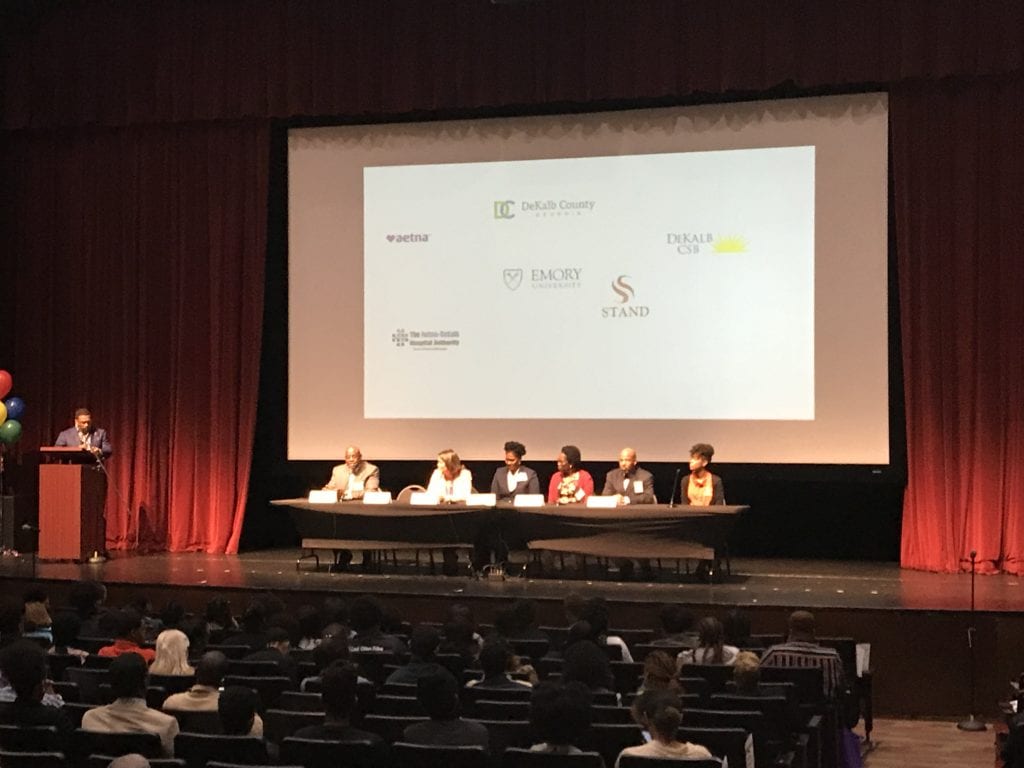 DeKalb County Commissioner Larry Johnson, District 3, in partnership with STAND Inc. and others, hosted the third annual National Opioid Summit on May 2. The summit was held in DeKalb at the Porter Sanford III Performing Arts and Community Center, 3181 Rainbow Drive, Decatur.

This year’s summit, whose theme was “Opioid Summit 3.0: Preserving Our Youth and Families,” focused on the opioid crisis impacting families across the nation. Opioids are a class of drugs that include heroin, synthetics such as fentanyl, and pain relievers available legally by prescription such as oxycodone, hydrocodone, codeine, morphine, and others.  Opioid deaths from addiction and overdose are sweeping the nation.

Authorities report Georgia has seen a rapid growth in overdose deaths as lawmakers attempt to curb the epidemic by enacting legislation against specific forms of opioids as well as placing limitations on prescriptions.

“We are committed to confronting the unprecedented crisis by collaborating, educating and increasing awareness to this epidemic,” Johnson said. “We must help our communities and families have the correct resources and connections to deal with this issue.”

nextStonecrest State of the City Address 2019