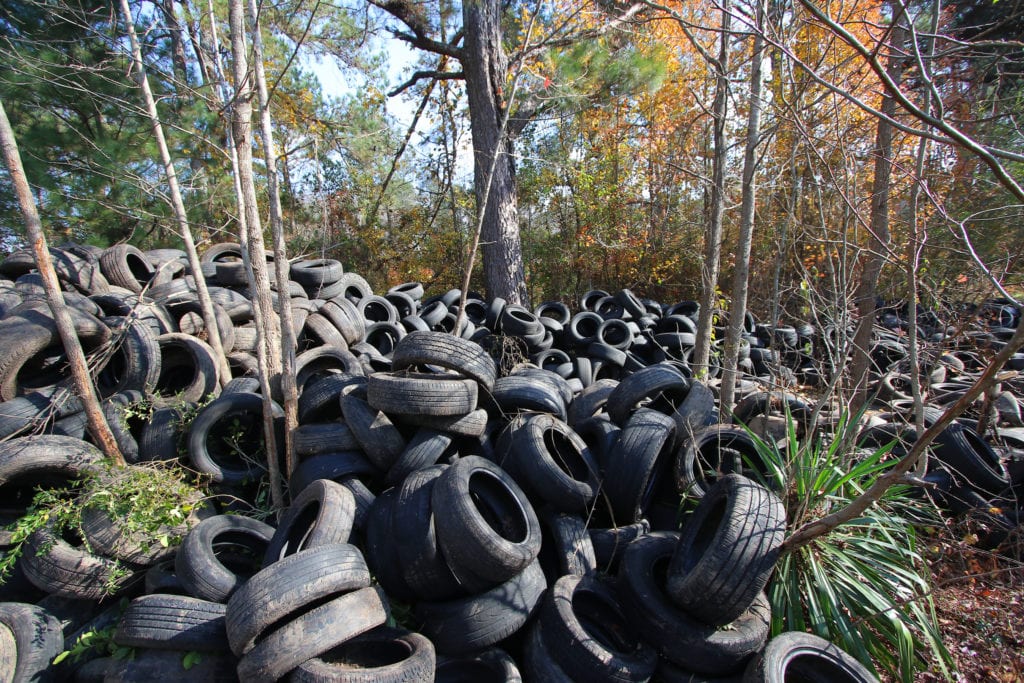 Based on a tip from a resident, DeKalb County discovered more than 20,000 illegally dumped tires at Fork Creek Mountain Park. This is the largest illegal tire dump site discovered this year and it will take approximately two weeks to completely remove the tires from the park.

“Thanks to an alert citizen, the county was able to immediately respond,” said DeKalb County CEO Michael Thurmond. “Illegally dumped tires create serious health and fire hazards and the county is committed to preventing illegal dumping in DeKalb.”

In addition to being an eyesore and creating blight, illegally dumped tires can increase vector-borne illnesses like Zika, West Nile, and dengue fever. Tires can also become an ignition source for environmentally harmful fires and cause air pollution.

Eight dump trucks, two backhoes and one tractor-trailer were dispatched to immediately remove the tires. The county also will employ several tractor-trailer trucks with the capacity to haul 400 tires each to finalize the cleanup.

Illegal dumping is a criminal offense. Any person who intentionally dumps litter including used tires faces misdemeanor charges. Repeated violators face felony charges, fines up to $25,000 for each violation and/or five years of prison.

The county is asking residents to report illegal tire dumping by contacting the DeKalb County Police Department non-emergency number at 678-406-7929.