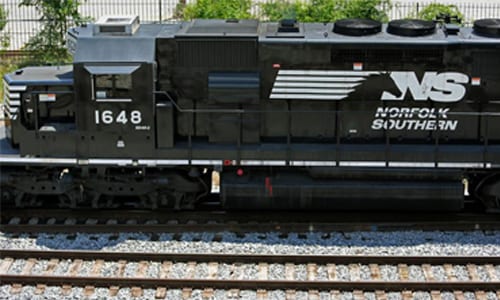 Norfolk Southern Corporation, a major transporter of automotive products, coal and industrial products, is planning to locate its headquarters to Atlanta, a move that will create 850 jobs.

Gov. Nathan Deal was joined by Atlanta Mayor Keisha Lance Bottoms on Dec. 12 to announce that Norfolk  Southern will locate its headquarters in Fulton County.

“As a major hub for both transportation and innovation, Georgia is a fitting home for Norfolk Southern’s new headquarters,” Deal said.  “As the No. 1 state for business six years in a row, Georgia has become a preferred location for industry leaders like Norfolk Southern, as we have seen more than 30 locations or expansions by Fortune 500 companies in the better part of the last decade. Much of this success can be attributed to our expansive infrastructure network, our culture of collaboration and ready-to-work communities, all of which are essential in helping businesses move goods around the nation and to international markets as efficiently as possible.

Deal said the new headquarters would open many doors of opportunity for metro Atlanta residents, while also reinforcing Georgia’s distinction as the Southeast’s gateway to global commerce.

“Norfolk Southern is excited to embark on a new future in the city of Atlanta,” said James A. Squires, Norfolk Southern chairman, president and CEO. “This future depends on collaboration with customers, suppliers, and partners – and ready access to technology, talent, and our 22-state network. A unified office team in a new Atlanta headquarters will connect Norfolk Southern with every resource needed for success.”

For the new campus, Norfolk Southern is purchasing property at 650 West Peachtree St. NW in Midtown Atlanta and collaborating with Cousins Properties for development purposes.

“We are proud that another Fortune 500 company will make Atlanta its home,” said Mayor Bottoms. “Norfolk Southern’s decision to expand its current Atlanta operations and relocate its headquarters here is a testament to Atlanta’s thriving business community and talented workforce. The approval of the Gulch redevelopment helped make this possible. We look forward to welcoming them to their new home in Midtown.”

“We are thrilled that Norfolk Southern selected metro Atlanta for their new headquarters,” said Hala Moddelmog, president and CEO of the Metro Atlanta Chamber. “As the #supplychaincity, Atlanta is a global leader in supply chain infrastructure, and Norfolk Southern is one of the nation’s premier transportation companies. Our region will be a perfect fit to support Norfolk Southern’s long-term growth plans.”

“As a city founded as the terminus of a railroad line, it means so much for Atlanta to have Norfolk Southern choose to locate their headquarters here,” said  Eloisa Klementich, president and CEO of Invest Atlanta. “The estimated $811 million economic impact the company will bring to our city will create and retain jobs, attract investment, and further strengthen our position as a top-tier transportation and logistics hub.”

“We are committed to maintaining Georgia’s title as the No. 1 place in the nation in which to do business, and a huge economic development win like Norfolk Southern is a testament to Governor Deal’s leadership,” said GDEcD Commissioner Pat Wilson. “Norfolk Southern has a long history in Georgia, and we are uniquely equipped to support their needs as they expand their footprint in Georgia.