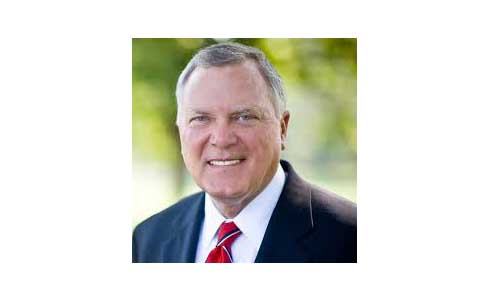 HB 918 would double the standard deduction for Georgia taxpayers for all filing statuses, effective Jan. 1, 2018. It would also reduce the income tax rate for individuals and businesses from 6 percent to 5.75 percent effective Jan. 1, 2019. Finally, the legislation includes a provision further reducing the tax rate to 5.5 percent, effective Jan. 1, 2020. This reduction would require approval of the General Assembly and signature of the governor in order to take effect.

The bill will also help our state be more competitive by eliminating the sales tax on jet fuel, which will encourage airlines to fly additional direct flights from Georgia to destinations around the globe.

“Taxpayers have already started to experience the positive effects of federal tax reform here in Georgia and throughout the country,” said Deal. “Our state is also projected to benefit significantly in the coming years. The legislation presented today is a result of ongoing dialogue between House and Senate leadership and addresses Georgia’s projected windfall while balancing the state’s fiscal health and protecting our AAA bond rating.

“This bill keeps more of taxpayers’ hard-earned money in their pockets by doubling the standard deduction and reducing income tax rates. It will save taxpayers more than $5 billion over the next five years. Doubling the standard deduction will also allow Georgia filers to take fuller advantage of the newly enhanced federal standard deduction. Further, these combined changes mark one of the biggest income tax cuts in state history, and does so in a fiscally responsible manner. The standard deduction was last increased in 1981. The individual rate was set at 6 percent in 1937 and has not changed since, while the corporate rate has also remained at 6 percent since 1969. I’m confident HB 918 will be passed by the General Assembly quickly and immediately transmitted to my desk. The sooner I sign this landmark reform legislation, the sooner taxpayers may file.”

“This historic tax cut lowers Georgia’s income tax rate for the first time ever, returning significant savings to millions of families across our state,” said Cagle. “Most importantly, this framework sets the stage for continued reductions – building on the Trump administration’s tax reform to allow Georgians to keep more of what they earn.”

“I am committed to keeping the tax burden on Georgians as low as possible,” said Ralston. “This measure is yet another example of the General Assembly working with Governor Deal to empower families to save more of their money. I appreciate the Governor’s leadership and the cooperation between the House and the Senate in developing this income tax cut legislation. I look forward to it moving quickly through the legislative process.”