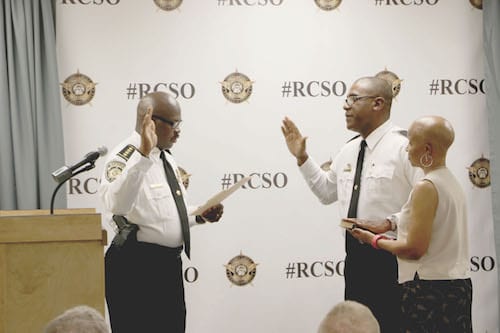 Holmes said one of the most important and lasting marks of his service is the creation of “Marquel’s pledge,” a campaign to end celebratory gunfire that was initiated after a 4-year-old boy was killed by a stray bullet while sitting in church with his mother on New Year’s Eve. Because of his conviction, thousands of people and businesses commit to support reduce celebratory gunfire.