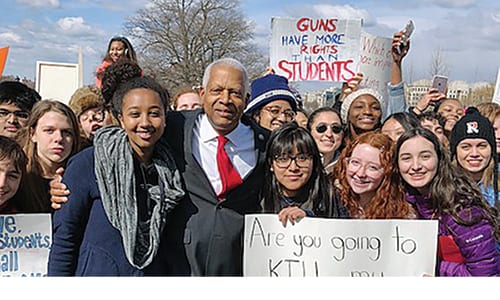 Johnson will face Republican Joe Profit, who received 15,355, in the Nov. 6 General Election. Profit is a former running back for the Atlanta Falcons.

Johnson thanked supporters for his victory.

“I want to thank everyone for all your support,” Johnson said. “I take voters’ trust in me very seriously and will do all I can to maintain your faith in me. I look forward to continuing to be your voice in Georgia and in Washington.”

Johnson represents Georgia’s Fourth Congressional District, which includes portions of DeKalb, Gwinnett and Newton counties and all of Rockdale County. He has been serving as Congressman since 2007.