In honor of Black History Month, Congressman Hank Johnson (GA-04) recognized four local sheriffs and a groundbreaking Georgia General Assembly secretary with Pioneer Awards for their service to Georgia’s Fourth Congressional District — and their work to break down barriers and make history in the state.

“We are currently living in a pandemic, and we will not be able to host an in-person event, but that fact does not take away from the accomplishments these pioneers have achieved,” said Rep. Johnson. “We will all continue to work together to carry the torch from honorees like Pioneer Award recipient Mrs. Lillian Foston Walker, who has truly blazed a trail for us to follow.”

The five pioneers being honored are:

Sheriff Ezell Brown is Newton County’s first African-American sheriff and served in local law enforcement in Newton for more than 35 years before being elected sheriff. He is also the county’s first African-American captain. Sheriff Brown began his career in law enforcement in 1973 with the Covington Police Department as a patrolman. Since joining the county’s sheriff office in 1977, he has served in every capacity of the department from deputy sheriff to lieutenant. Brown also created Georgia’s first sex offender residential mapping system. Sheriff Brown says that some of his most memorable experiences in law enforcement was providing security for the Ku Klux Klan (KKK) and dismantling illegal liquor stills in the late 1980’s.

Sheriff Eric Levett was born and raised in Rockdale County and is the first African-American sheriff in Rockdale history. His passion for the local sheriff’s department began at the age of 14 when he joined their Law Enforcement Explorer Program. Sheriff Levett has dedicated his entire career to protecting and serving Rockdale County: working as a 9-1-1 dispatcher; detention deputy; school resource officer; deputy sheriff; peace officer and a law enforcement coordinator. 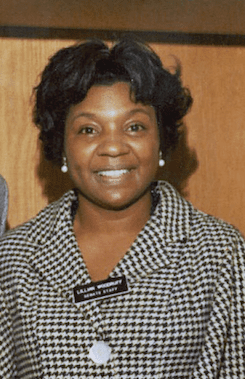 Mrs. Lillian Foston Walker is the first African-American Secretary for the Georgia General Assembly. She served under then State Senator Leroy Johnson. Sen. Johnson was a pioneer in his own right, serving as the first African-American state senator, elected in 1962. Mrs. Walker is a 91-year-old, Georgia native and mother of four children, eight grandchildren, and seven great grandchildren. She loves swimming, listening to gospel music and reading the Bible.

Mrs. Walker also stood tall in taking on social injustices in her own way. Some examples of this fight included not giving up her and her daughter’s seat on a Greyhound Bus when asked for the seat by white men; shopping for dresses for herself and her daughter when white women wanted her to leave department stores in Atlanta; and fighting for equal healthcare for everyone at Grady Hospital.

“I look forward to Sheriff Taylor joining myself along, with sheriffs Maddox, Levett and Brown, in rebuilding our communities and helping those who deserve a second chance after getting caught up in the system or falling on hard times,” said Rep. Johnson. “It was also important for me to honor a pioneer such as Mrs. Walker. We must give our heroes and sheroes our greatest respect. Today, we stand on their shoulders.”