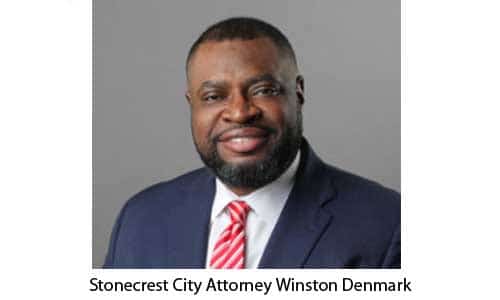 The date and time for Sunday’s meeting are not a mistake. The virtual meeting is now scheduled on the same day as the 2021 Super Bowl LV, where festivities traditionally begin a couple of hours ahead of the big football game, which is set for 6:30 p.m. ET between the Tampa Bay Buccaneers and the Kansas City Chiefs.

The city’s special called meeting was rescheduled to Sunday after the council and the city advertised two different Zoom links for the public’s access.  City Attorney Winston Denmark said in an interview today (Feb. 6) with On Common Ground New that he had  advised the City Council the special called meeting on Friday, Jan. 5, “couldn’t go forward due to a failure to provide clear notice to the public.”  The council instead held a discussion on the agenda, but took no action.

“The law requires the public has clear notice of the meeting. Due to the fact that there were two separate (ZOOM) links, the notice advertised didn’t comply with the Open Meetings Act. Those two links created a lot of confusion over where the public was supposed to access the meeting,” Denmark said.

The confusion underscores the clash that persists between the mayor and four council members as they continue to struggle to communicate with one another.  The latest battle includes a meeting agenda focused on a proposal for a temporary citywide moratorium to accept applications for new gas stations,  the city’s finances, purchasing policy and contracts.  The first special called meeting addressing this agenda was set for Jan. 29, a few days after the mayor returned to office early from medical leave for treatment of cancer.  Mayor Jason Lary opened the meeting and then shut it down after making a statement alleging the Open Meetings Act had been violated, several ethics violations had occurred, and adding that he and his staff “feel bullied, intimidated and pushed into a corner.”

Council members Jazzmin Cobble, George Turner, Rob Turner and Tammy Grimes concurred to reschedule the Jan. 29 meeting for Friday, Feb. 5, 6 p.m. While Councilmember Jimmy Clanton did not email that he concurred, he was present for both, the Jan. 29 meeting and the Feb. 5 meeting.

Following is part of the email timeline of what happened leading up to the special called meting scheduled for Sunday, Feb. 7:

In accordance with the legal opinion written by the city attorney, Winston Denmark on January 31st, 2021, a legally advertised Special Called Meeting of the City Council may be held so long as there is at least 24 hour advance notice, called by 3 council members or by the mayor and 1 council member and allows public access to the meeting. The law does not require the meeting to be held at city hall nor on a city owned virtual platform.

As such, this serves as a notice of a Special Called Meeting on February 5th, 2021 @6pm with the following agenda and back up attached. Please also post this notice AND packet to our website and at city hall.

The Mayor, City Council Members, City Attorney and staff will receive a Zoom Meeting invite via email prior to the meeting. The public can access the live stream of the meeting at Facebook Live, Rob Turner for Councilman.

Three (3) other councilmembers will reply with their concurrence.

Feb. 4, 3:06: Cobble sent an email clarifying that the council planned to host the meeting on a Zoom account that was not associated with the city’s Zoom link to Communications Director, Adrion Bell, stating that the council is not required by law to use a city-owned platform to hold a meeting.

There is a special called meeting scheduled on February 5, 2021 at 6pm. Please see agenda and packet attached.

All, after further legal council on this matter:

The legal and official special call meeting is listed below, as it was sent out properly by the city to have legal access to the meeting yesterday.

1  Council will not be directing staff to do anything.

3  The Mayor (me) and other staff have no idea of the records custodian of a personal Facebook of Councilman Rob Turner, or future access to records

4  City business will not be conducted on personal web and Facebook pages.

The special called meetings, the agenda and the agenda packet can be found under Legal Notices online at  www.ocgnews.com.

The public can access the live stream of the meeting at Facebook Live, Rob Turner for Councilman.