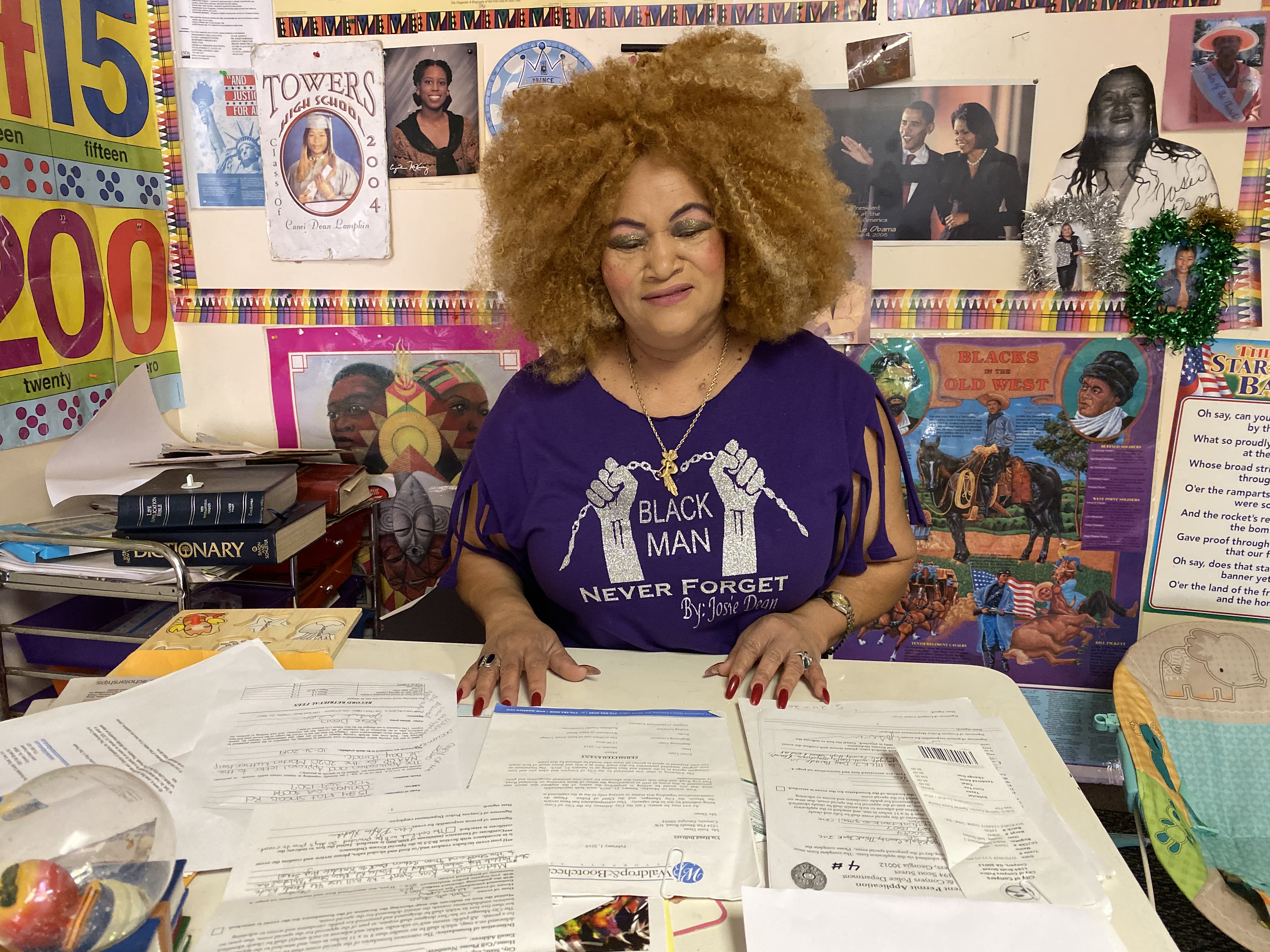 Martin Luther King, Jr. will not be honored with a parade in Rockdale County this year.

Community activist Josie Dean, who organized the first-ever parade to honor the civil rights leader in Rockdale, says Conyers city officials have blocked her from having the annual event that she has coordinated for the last three years. Dean said the city is retaliating against her for being outspoken on community issues.

“It’s sad that here it is 2020 and Conyers just elected the first two blacks to the City Council and there is no parade to honor Dr. King in the City of  Conyers,” said Dean. “The city and the county didn’t want me speaking out against them for the things they were doing and they refused to issue me a permit for this year’s parade.”

Dean says she started the MLK parade on Parker Road in 2017 and successfully pushed for it to be held in Conyers on Main Street in 2018, commemorating the 50thanniversary of King’s assassination. In 2019, however, she got into a squabble with Conyers and Rockdale officials who demanded that she pay for police officers, insurance, and the venue to host a program following the parade. In previous years, there was a partnership between Dean and officials. Dean said that partnership, however, deteriorated when she began to speak out on a number of issues. She said holding the parade on Main Street marked a milestone for Rockdale. No parade honoring any black, she said, had ever been held on Main Street until she organized the MLK parade.

“The parade was a way to bring blacks and whites together but they are using Dr. King as a way to tear us apart,” said Dean. “We’ve gone backwards. You could see that from the swearing-in ceremony (on Jan. 8) for Conyers’ first two black women on the council: A white swore in the white councilman and a black swore in the black women.”

Mayor Vince Evans defended the city’s stance on denying Dean a special permit for the 2020 parade, saying she endangered participants by not providing enough police officers for the 2019 event.

“She created a dangerous situation that could have been disastrous,” said Evans.

The mayor also suggested there was no racial divide at the swearing-in ceremony, though several who witnessed the ceremony whispered about the appearance of division during the reception following the event. Evans explained that Magistrate Judge Phinia Atten swore in Council members Connie Alsobrook and Valyncia Smith at the two women’s request. He said  he swore in Council member Gerald Hinesley.

City Attorney Michael Waldrop said in a letter to Dean that her actions on “Monday, Jan. 21(2019), were both reprehensible and criminal. To think that you would be willing to jeopardize the safety of the students and adults that participated in this event as well as jeopardizing the safety of those traveling on Rowland, Pine Log Road, and their side streets that afternoon for your own personal recognition and glory is unfathomable.”

Attorney Mawuli Davis disagrees with the city’s assessment, saying Dean filed all of the necessary paperwork and paid all of the fees associated with having enough law enforcement officers required to have the parade last year. He said the roads were not unsafe due to the negligence of Dean but “due to the negligence of the City of Conyers officers who were paid to direct the parade…The sheriffs from Rockdale County did the job they were paid for correctly and the police from the City of Conyers did not,” Davis stated in his letter to the city’s attorney.

Davis said Dean’s relationship with the city changed with her involvement in seeking justice for the deaths of Shali Tilson and Jaime Henry, two inmates who died under suspicious circumstances in the custody of Rockdale County Jail. Davis said Dean challenged Mayor Evans for making contradictory statements at a town hall meeting when addressing the African-American and white communities in the City of Conyers.

“We are concerned that this is retaliation by the City of Conyers towards Ms. Dean for exercising her First Amendment rights,” Davis wrote in his letter to the city attorney.

Davis said he requested an appeal on Dean’s behalf after city officials approved a special permit application for the 2020 parade and then yanked it several days later.

“The city never responded at all (to my letter). It was very demeaning the way that they addressed her (in denying the permit), especially to one who has worked so hard in the community,” said Davis. “They would rather have nothing at all than to help her and allow her to put on a parade to honor Dr. King.”

Dean said community residents are the real losers. They only have a paid event to celebrate the King Holiday.

“People have been calling asking about the parade and I just tell them we’re not having one,” Dean said.

Rockdale County officials hosted a major program at the Rockdale Career Academy last year that included student performances and other community groups. The county, however, decided not to host anything this year to avoid competition with the Rockdale NAACP’s fundraiser breakfast, said Jorge Diez, said the county’s director of public relations.

The Rockdale NAACP had applied to host a parade but President Thomas Brantley said there was not enough time to pull off the event. He said although the NAACP applied in early 2019, there was a lot of confusion and dissension after Dean’s permit was denied.

“We’re just going to work on having one next year,” Brantley said.