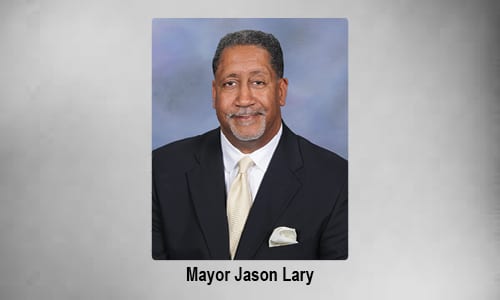 Stonecrest officials will consider how the city’s Special Purpose Local Option Sales Tax (SPLOST) program will be managed when the council and mayor meet on Sept. 17 for the work session and council meeting scheduled for 6 p.m. at City Hall.

The meeting is critical. The city’s estimated $47.7 million SPLOST program has been in limbo for months, the center of a heated debate between council members and the mayor.

Mayor Jason Lary said at a Sept. 10 “Straight Talk With the Mayor” town hall meeting that he was ready to see the situation resolved.

Although the one-cent SPLOST took effect on April 1, Stonecrest has been delayed in moving forward. The council has been unable to agree on whether to execute a $3.75 million proposal with Grice Consulting Group to manage the six-year program.

Ten days after the council approved the proposal on Aug. 21, 2017, problems arose. Grice invoiced the city $56,840 and then sent a second invoice for an additional $54,840, Mayor Lary said. Grice invoiced the city a total of $162,000 through November 2017, including $20,000 for setting up and conducting five community SPLOST meetings, Lary said.  The city wound up negotiating a settlement payment of $40,000 for the pre-SPLOST work.

The matter, however, was not resolved. City officials decided to look at managing the SPLOST program in-house, rather than contracting it out. Some council members didn’t like the idea and the debate came to a head on April 16 when the council debated the issue past 1 a.m.  The council ended up deadlocked over a motion to execute the proposal with Grice. Council members Diane Adoma, Rob Turner and Jazzmin Cobble voted for the motion, while Mayor Jason Lary, and Council members George Turner and Jimmy Clanton voted against it.

In May, the council ordered the city attorney and city manager to renew negotiations with Grice and give him an opportunity to submit a detailed proposal of work he plans to do. Grice is scheduled to make a presentation at the Sept. 17 City Council meeting.

The council’s decision overrode Mayor Lary’s motion to issue a Request For Proposal to look at other contenders, based on the city’s purchasing policy.

DeKalb County voters overwhelmingly approved the SPLOST in the November 2017 general election, paving the way for 12 municipalities, including Stonecrest, to get a share of the projected revenues of more than $630 million through 2023. Stonecrest, which has 53,000 residents, will get the largest share of any of the municipalities based on its population. DeKalb County will receive $388 million for unincorporated areas.