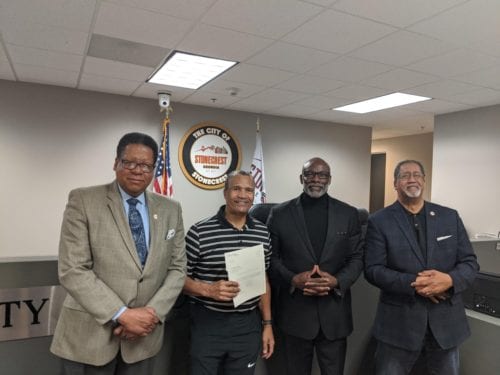 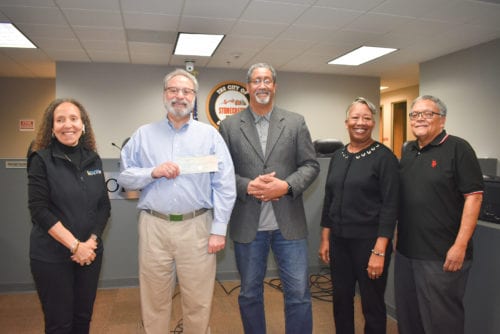 Stonecrest Mayor Jason Lary and the members of the Stonecrest Housing Authority and the Stonecrest Development Authority are heading to the bank with their first checks. Last year, the Authorities respectively adopted bond inducement resolutions paving the way for a $70 million senior citizen housing community and a $700 million commercial development.

Beverly Searles Foundation recently began clearing land to build a 238-unit senior housing facility at 6757 Covington Highway with 1, 2, and 3 bedrooms.  Allen Family Stonecrest LLC’s is slated to develop the 300 acres surrounding The Mall at Stonecrest with a hotel, convention center and mix-use developments.

The mayor said he believes this is another good sign for the city’s growth.

“I am especially committed to providing a great quality of life for our seniors, many of whom, have sacrificed so much for us.  The check today lets us know that Beverly Searles is moving forward with a center that will provide quality, affordable housing, and amenities for our seniors,” Lary said.  “Members of the Allen Family Stonecrest LLC have been in constant contact with the city and are moving as scheduled with their commercial developments as well.  As I have said in the past, our future is bright and you won’t recognize this place in four years because of the exponential growth that will take place,” he added.

The authorities can use the funds in several ways such as investing in other properties, legal fees, or to hireconsultants for future growth incentives and initiatives.