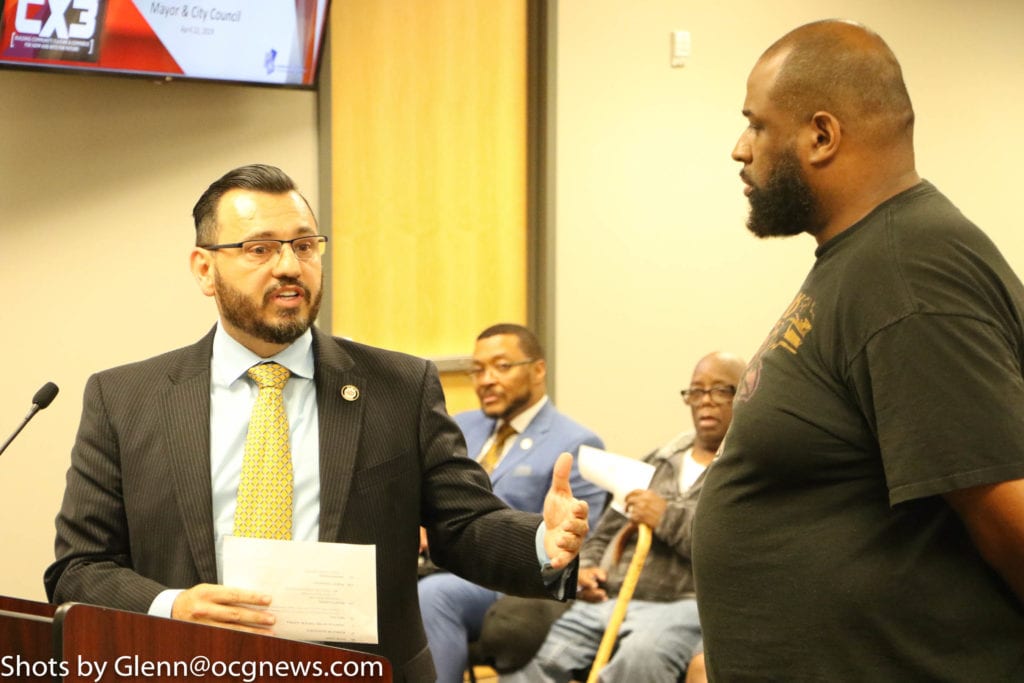 After a lengthy and heated debate, the Stonecrest City Council on Monday night (April 22), approved an intergovernmental agreement in a 5-1 vote to begin the process for the acquisition of nine parks from DeKalb County that are located in the city of Stonecrest.

The council also in a 4-2 vote approved a memorandum of understanding (MOU) for a new vendor to run the summer camp program at Browns Mill Park, which is one of the nine the city is buying.

Parks is one of three services, along with police and code enforcement, that the new city is required to take over under the Stonecrest charter. 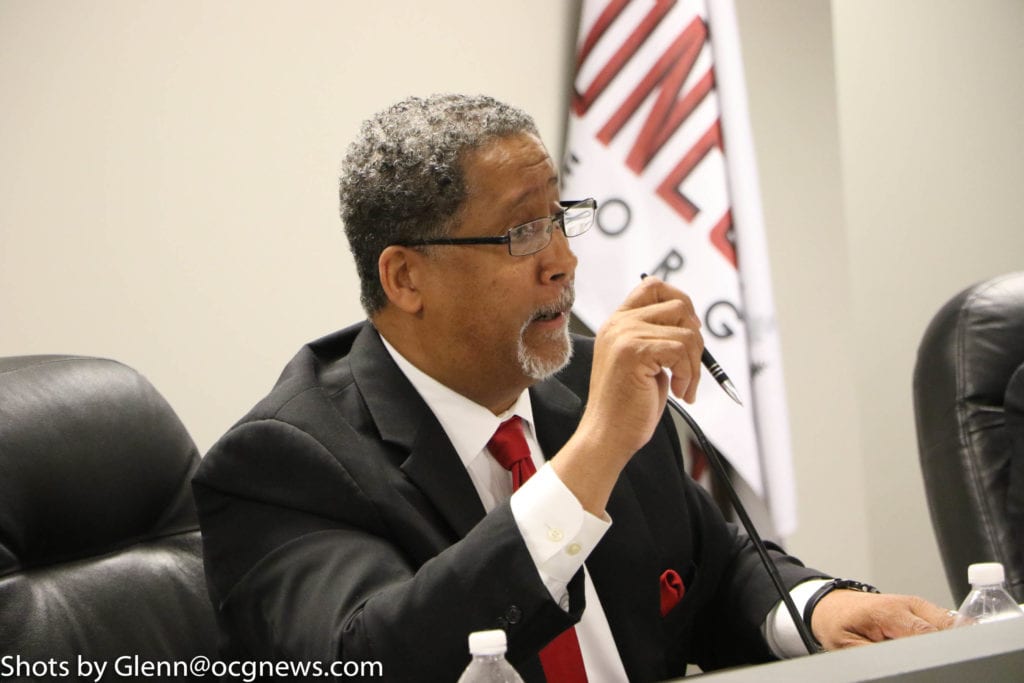 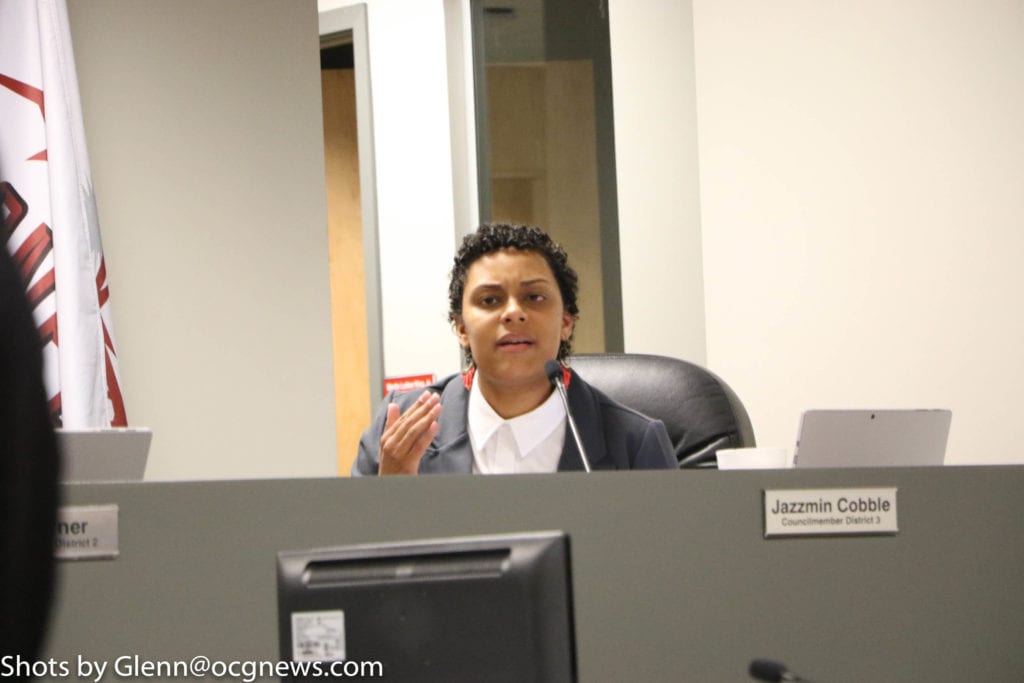 The measures passed on Monday followed an outcry from residents who gave city officials an earful during public comments at the Council meeting. With summer camp only weeks away, residents said they were worried about the vetting of staff members, quality and scope of the program and the costs families would incur with a new vendor for summer camp at Browns Mill.

Stonecrest Parks Director Sean DePalma said the city and county have been in negotiations for weeks to begin transferring the parks from the county to the city.  Assistant City Manager Plez Joyner said as part of the negotiations, county parks officials agreed to manage Browns Mill Aquatics Center through Sept. 30. The county, however, did not include Browns Mill summer camp as part of its sites for summer camp registration and that caught parents by surprise.

DePalma said the city in turn selected the Boys and Girls Club of Metro Atlanta to run this year’s summer program at Browns Mill and the afterschool program at the park starting this fall. No contract, however, has been signed. The DeKalb Board of Commissioners must vote on the intergovernmental agreement and the MOU and that is not expected to happen until a meeting in May. DePalma said it is critical that the board approves the agreements as soon as possible so that the city can prepare to start camp on June 3.

The city’s negotiations with the county struck a sour note with City Councilwoman Jazzmin Cobble, who at one point walked out of last night’s City Council meeting. Cobble said she was upset because neither the parents nor the City Council were given sufficient notice that summer camp would be operating with a new vendor at Browns Mill.

“Why are we forcing the parents and the council to be in this position? …It’s like: ‘Today, make a decision and go home.’ This is insane. This is crazy. School gets out in three weeks,” said Cobble, who, along with Councilwoman Diane Adoma, voted against the MOU for a new vendor to manage summer camp at Browns Mill.

Adoma said she was concerned that parents had not been notified of changes at the park, raising several issues.

The MOU was supported by Mayor Jason Lary, Councilman Jimmy Clanton, George Turner and Rob Turner in the 4-2 vote. 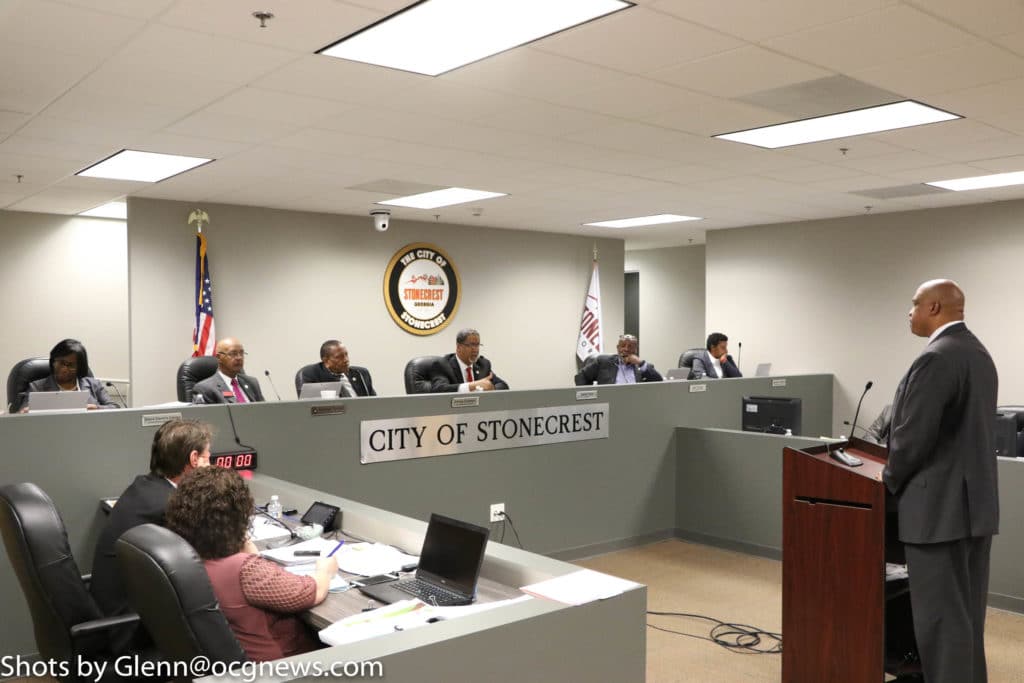 Mayor Lary pushed for the approval of the MOU for the vendor, saying he did not want to leave parents without having Browns Mill as an option for summer camp this year.

“We have been working on this (acquiring the parks from the county) for a year. You’re going to be even more upset when June 3 comes around and we can’t serve you at all,” said Lary. “I’m imploring you, Council, to let’s go ahead and handle this business so we can move forward and then we can negotiate with anybody you want—parents, kids, the recreation center itself… ”

“We have gotten to the point that we now want to derail our task of taking on the parks?” Clanton demanded. “This is part of our charter. We passed a budget last year as a group to buy the parks. This is not the first time that this issue has come up.”

DePalma said that the city is seeking to have the Boys and Girls Club of Metro Atlanta to run the summer program and after-school program in the fall.  He said the city would spend $83,583 for the summer camp program and the amount includes materials and food. The county currently spends $108,384 for the program, he said. The costs for food and materials, he noted in a presentation on Monday, do not include materials and food. 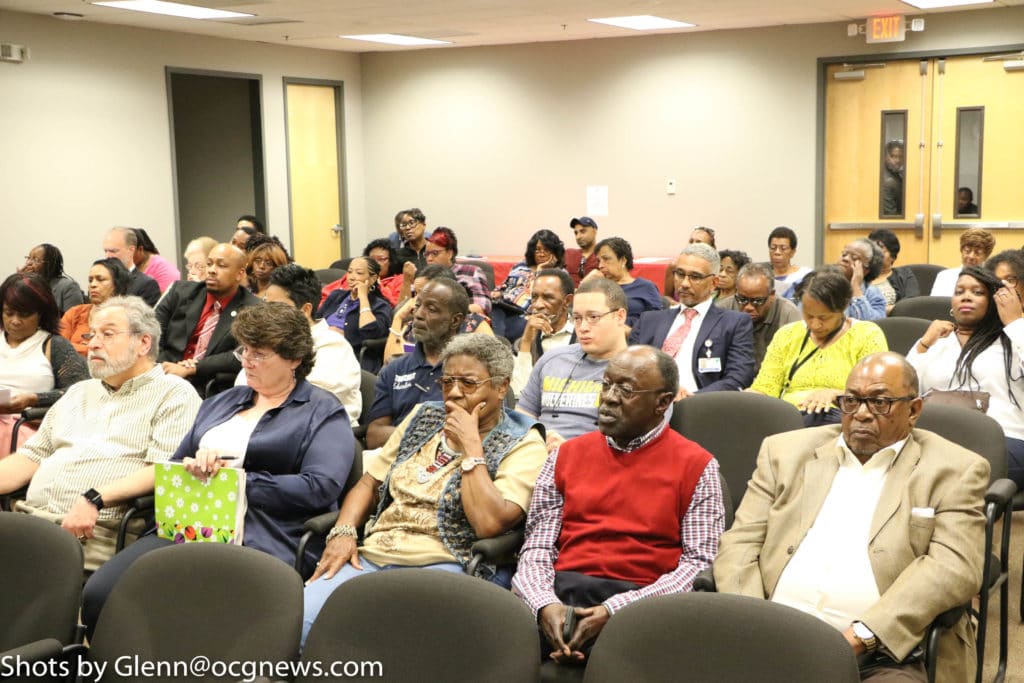 The Boys & Girls Club of Metro Atlanta, which is a nonprofit, would charge a $60 annual membership fee for each child enrolled, along with a separate camp fee, which will be based on a sliding scale. The camp fee, DePalma said, would run $175 to $410 for the 8-week program, depending on family income and size of household. Discounts would be offered for families with more than one child enrolled, he said. That compares to the county’s fees of $528($66 per week) for one child for 8 weeks.

DePalma said the city’s summer program would include breakfast and a hot lunch, along with activities and programming.

Under the Boys & Girls Club program, families who have Amerigroup insurance, Peachstate and Wellcare health insurance plans, would be reimbursed the membership fee, DePalma said.

The council approved the intergovernmental agreement to purchase the parks from DeKalb County in a 5-1 vote, with Councilwoman Adoma opposing the measure after stating several concerns.

The city plans to spend $100 per acre for the parks’ acquisition, DePalma said. City officials said Arabia Mountain Nature Preserve, although it is in the city limits, currently is not part of the city’s acquisition terms.

DePalma said an informational community meeting about the planned purchase of Browns Mill and the other parks will be held on Thursday, 6:30 p.m., at Browns Mill Recreation Center, 5101 Browns Mill Road.