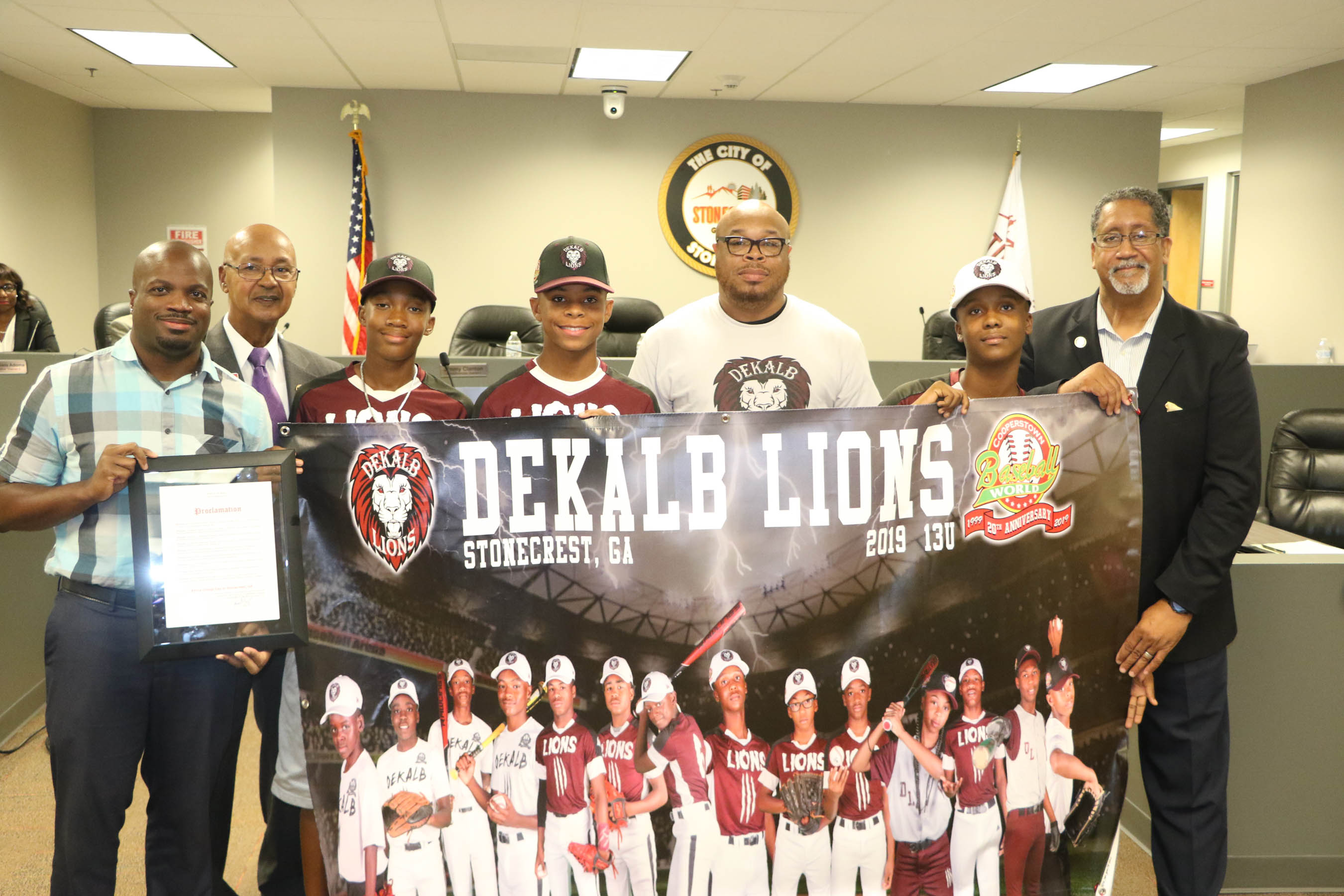 Stonecrest city officials honored the DeKalb Lions, presenting members of the team and their coaches with a proclamation declaring Aug. 12 as DeKalb Lions Day.  The Lions made history in July when they became the first African-American youth baseball team from the United States and from Georgia in 11 years to compete in the 2019 Cooperstown Baseball World “Hall of Fame” Tournament.

Council member George Turner, who joined Mayor Jason Lary in making the presentation, expressed his pride for the team.

“If you know anything about baseball, you know that getting to Cooperstown is the ultimate honor for any baseball player….Just being invited to play in this tournament made history for DeKalb County,” Turner said.

Coach Marius Nolden said the tournament provided a life-changing experience for the students and that the DeKalb Lions, which included one female, represented DeKalb County well in New York.