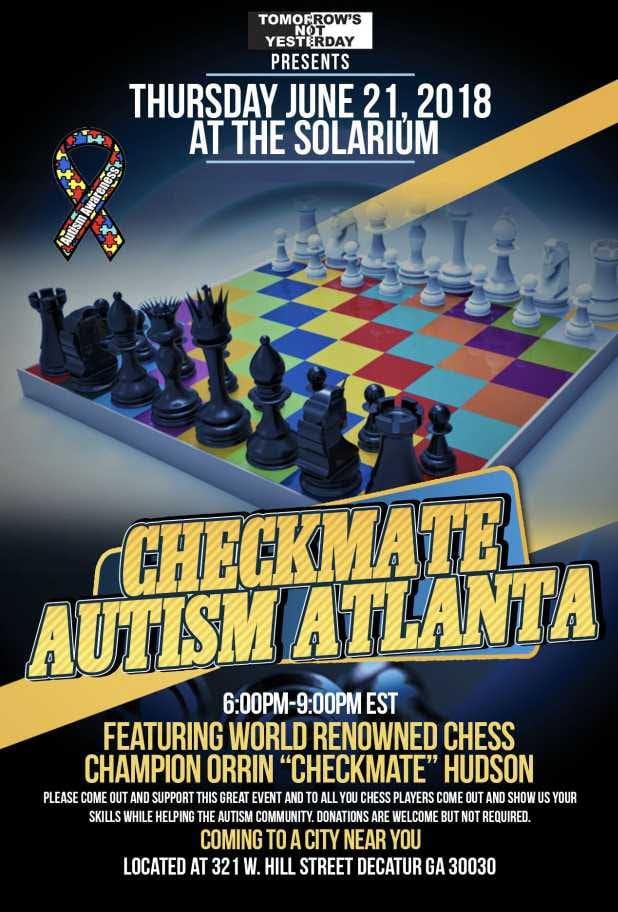 When Samuel Dixon faced the cold hard fact that both his sons were diagnosed with Autism Spectrum Disorder, he had a choice to make.  He could accept the illness and do the best he could as a parent or he could look Autism in the eye and say, “We’re bigger than you, and you are in for a fight.” Luckily, he chose the latter option.

Dixon established Tomorrow’s Not Yesterday Foundation as a nonprofit for children and families who suffer from Autism. The young father of two boys explains his motivation began with his son, Malachi, who was first diagnosed at an early age. He is now 8 years old. Then came Matthew, his second son, now 7, who received the same diagnosis.

“There were times I asked myself, ‘Why Me?’  I questioned why both my sons were diagnosed with Autism Spectrum Disorder,” Dixon remembers.  But now his perspective has changed and he asks, “Why Not Me?”

Like many parents in a similar situation, Dixon was challenged to get the help needed for his sons to have a fulfilling life.  His disappointment was the lack of awareness and tools for parents trying to help their children who have been diagnosed with Autism.

Dixon said he created Tomorrow’s Not Yesterday Foundation because of his sons, but also to help other children and families. According to the Centers for Disease Control, one in 88 American children are autistic. Autism affects children in a wide variety of ways and there continues to be no known cause and no one type of treatment.

Dixon stresses: “We will offer a variety of educational services and therapies for the children.  We will offer support and counseling for the parents and families of children who suffer with ASD.”

He adds, “Our five-year plan is to have centers up and running in multiple cities.  We will strive to build an Autism community through our revolutionary APP that will connect families around the world.”

The new organization will sponsor its first fundraiser, CHECKMATE AUTISM ATLANTA, on Thursday, June 21, 6 – 9 p.m., at the Solarium, 321 West Hill St., Decatur.  Internationally-known Chess Champion Orrin “Checkmate” Hudson will bring his life-sized chess board to the event and teach the finer points of the game that Hudson says, “Saved my life!”

“We are asking all chess players as well as the entire community to come out and support this great cause,” Dixon said.

This fundraiser is one of many that the TNY Foundation will be presenting to raise funds to help the Autism community.

“Autism Spectrum Disorder (ASD) affects so many families who will benefit from these donation,” Dixon said.

The non-profit needs sponsorships and donations to help reach its financial goals.

“Remember, Autism knows no boundaries. It can affect anyone. Working together with the community,  we can and will make a difference,” Dixon said.

For more information about Tomorrow’s Not Yesterday Foundation,  visit www.tnyfoundation.org.

For more information about the CHECKMATE AUTISM ATLANTA fundraiser, contact Sybil Walton at 404-207-3868.

Find out more about Orrin Hudson and his Be Someone Inc. at www.besomeone.org.)

previousDerrick Boazman: “Sheriff Levett, a black man, is not our friend”