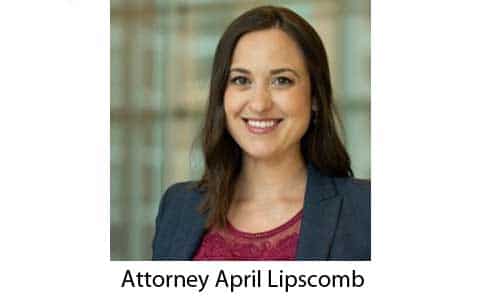 Stonecrest, GA—On behalf of Citizens for a Healthy and Safe Environment (CHASE), the Southern Environmental Law Center (SELC) has moved for an interlocutory injunction to halt Metro Green Recycling’s construction of a solid waste facility in the city of Stonecrest until a DeKalb County Superior Court is able to hear their case.

CHASE and SELC argue that without an injunction, Metro Green’s construction activities and eventual operation will continue to expose thousands of Black neighbors in Stonecrest and unincorporated DeKalb County to intrusive noise, dust, odors, and vibrations, and the resulting emotional and psychological stress from solid waste handling in their backyards and directly across the street from their homes, according to a Feb. 8 press release.

The motion follows the Court’s decision in late December 2020 to allow CHASE to intervene in the City of Stonecrest’s ongoing case against Metro Green. CHASE and SELC argue that Metro Green was not eligible to receive a state solid waste handling permit, and that EPD has the authority to revoke the facility’s permit to correct that mistake.

“Our communities are already feeling the harmful effects on our quality of life and wellbeing from living so close to a massive solid waste site that should have never been approved in the first place,” said Renee Cail, president of CHASE. “We hope the Court will recognize that stopping construction would provide at least some relief in the interim while we present our case that the Environmental Protection Division now has all of the necessary facts to revoke the permit.”

If allowed to proceed, the facility would accept up to 400 tons per day of concrete, metal, wood, rock, drywall, asphalt shingles and other construction and demolition solid waste. Metro Green would also crush large quantities of concrete at the northern end of the site, which borders the backyards of neighbors in the Miller Woods subdivision in Stonecrest, SELC stated.

Along with concerns about particulate matter, dust and other air pollution, neighbors are worried about the incessant noise of concrete crushers, excavators, wood grinders, conveyers, dump trucks, and other heavy equipment if the facility starts accepting and processing solid waste.

Since demolition, crews began removing trees and razing the 60-acre forested area last summer, residents in Miller Woods, Windsor Downs across the street in DeKalb, and other surrounding communities have reported smelling foul odors, hearing loud beeping, thuds and vibrations that shake their houses, and noting significant amounts of dirt and dust covering their windows, porches, and cars, SELC stated.

“The noise, dust, and odors is a constant, stressful reminder of what is happening in our own backyards, where our children should be able to play without worrying about what they might be breathing,” said Kamla Gonzales, a nurse practitioner who works the night shift on the front lines of the coronavirus pandemic and lives in Miller Woods. “Especially at a time when people are staying at home as much as possible for their health and safety, we should be able to feel safe and at peace in our own homes.”

CHASE and SELC are making the case that Metro Green knew in 2018 that its facility was not consistent with the DeKalb County solid waste management plan, yet it circumvented the County’s authority and got a consistency letter from the City of Stonecrest despite knowing that Stonecrest lacked authority to issue the letter.

Following statements last summer that the company was “confident that neighbors won’t see or hear anything that is going on on the site,” Metro Green has pushed forward, despite a warning from the Court in a September 2020 hearing that continuing construction during active litigation would be at its own risk, SELC stated.

“Far from following through on its assurances to ‘be a good neighbor,’ Metro Green decided to forge ahead without considering the harm of its actions on its neighbors,” said April Lipscomb, Senior Attorney for the Southern Environmental Law Center. “Halting the project at this time is a necessary step to prevent Metro Green from inflicting additional harm on south DeKalb and Stonecrest communities.”