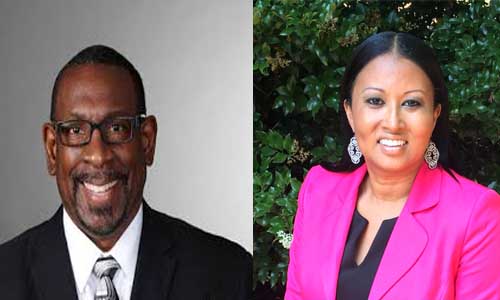 Eight more schools in the DeKalb County School District (DCSD) have been removed from the Federal Focus and Priority lists for underperforming Title I schools. The school have been taken off the lists, following significant increases in student achievement, district officials announced.

Since 2016, a total of 13 DeKalb schools have made academic progress beyond the Focus and Priority lists, according to officials.The Georgia Department of Education announced on Dec/ 5 the following are no long Focus or Priority schools:

“Year after year, more of our schools are raising their achievement and meeting their potential. The progress is clear, and the evidence is emphatic with this latest round of results,” said Superintendent R. Stephen Green. “Increasing numbers of our underperforming campuses are shedding that label, and can now focus on raising the bar higher. This is a good day for our students and campuses.”

School Board member Vicki B. Turner praised the district for its efforts and called on state legislators and the community at large to join in helping DeKalb’s schools to succeed.

“We’re working diligently to bring the list down to Zero. …It’s going to take a community effort. The School Board can’t do it alone. It’s going to take a collective energy to come together and come help out and help in our schools,” Turner said as she spoke during public comments at the DeKalb House Delegation’s Pre-Legislative Town Hall on Dec. 5 at the Porter Sanford Performing Arts Center in Decatur.

Focus Schools are campuses that rank in the lowest 10 percent of schools statewide based on a three-year average of Achievement Gap scores. To advance above that level, a school must demonstrate a 2.5-point increase in that three-year average.

Priority Schools are campuses that rank in the lowest five percent of schools statewide based on a three-year average of Content Mastery scores, along with a graduation rate of less than 60 percent for two consecutive years. To advance above that level, a school must demonstrate a 5-point increase in that three-year average and obtain a graduation rate above 60 percent.

The Rockdale County School System also received good news. Hightower Trail Elementary School has met all of the requirements and has been removed from the Federal Focus list, officials announced.

“We are excited to celebrate the success of Hightower Trail meeting all of the criteria to be removed from the Focus list,” said Interim Superintendent Shirley Chesser. “I am proud of the hard work of the faculty and staff to improve their Achievement Gap score. Achievement Gap includes both the size of the gap between the school’s bottom quartile of students and the state average, and the degree to which that gap is closing. To be removed from the Focus list, schools must demonstrate a minimum 2.5 point increase in the three-year average of Achievement Gap scores.”

As Georgia transitions from Elementary and Secondary Education Act (ESEA) Flexibility Waiver to the Every Student Succeeds Act (ESSA), Georgia Department of Education will no longer identify Priority and Focus schools.