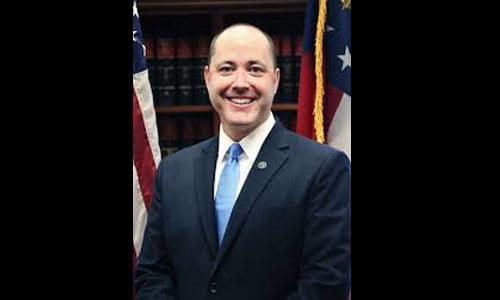 ATLANTA– Attorney General Chris Carr and 48 other attorneys general today (Jan. 4) announced that Career Education Corp. (CEC), a for-profit education company, has agreed to reform its recruiting and enrollment practices and forgo collecting approximately $493.7 million in debts owed by 179,529 students nationwide. In Georgia, 16,654 students will get relief totaling more than $48 million dollars.
“We’re proud of the role that our office’s Consumer Protection Division played in reaching this settlement,” said Carr. “Now, more than 16,000 Georgia students who fell victim to this company’s unfair and deceptive enrollment practices will get the justice they deserve.”
The Assurance of Voluntary Compliance (AVC) that was filed on Wednesday caps a five-year investigation. CEC agrees to forgo any and all efforts to collect amounts owed by former students living in the states participating in the agreement. Nationally, the average individual debt relief will be about $2,750. CEC has also agreed to pay $5 million to the states. Georgia’s share will be $50,000.
CEC is based in Schaumburg, Illinois, and currently offers primarily online courses through American InterContinental University and Colorado Technical University. CEC has closed or phased out many of its schools over the past 10 years. Its brands have included Briarcliffe College, Brooks Institute, Brown College, Harrington College of Design, International Academy of Design & Technology, Le Cordon Bleu, Missouri College and Sanford-Brown.
A group of attorneys general launched an investigation into CEC in January 2014 after receiving several complaints from students and a critical report on for-profit education by the U.S. Senate’s Health, Education, Labor and Pensions Committee. That investigation revealed evidence demonstrating that:
As a result of the unfair and deceptive practices described above, students enrolled in CEC who would not have otherwise enrolled, could not obtain professional licensure, and they were saddled with substantial debts that they could not repay nor discharge. CEC denied the allegations of the attorneys general but agreed to resolve the claims through this multi-state settlement.
Robert McKenna, former Washington state attorney general and current partner at the San Francisco-based law firm of Orrick, Herrington & Sutcliffe, will independently monitor the company’s settlement compliance for three years and issue annual reports.
Under the agreement, CEC must:
Relief eligibility
CEC has agreed to forgo collection of debts owed to it by students who either attended a CEC institution that closed before January 1, 2019, or whose final day of attendance at AIU or CTU occurred on or before December 31, 2013. Former students with debt relief eligibility questions can contact CEC.
The CEC investigation was led by Iowa, Connecticut, Illinois, Kentucky, Maryland, Oregon, and Pennsylvania. In addition to Georgia, the agreement also covers the District of Columbia and the following states: Alabama, Alaska, Arizona, Arkansas, Colorado, Delaware, Florida, Hawaii, Idaho, Indiana, Kansas, Louisiana, Maine, Massachusetts, Michigan, Minnesota, Mississippi, Missouri, Montana, Nebraska, Nevada, New Hampshire, New Jersey, New Mexico, North Carolina, North Dakota, Ohio, Oklahoma, Rhode Island, South Carolina, South Dakota, Tennessee, Texas, Utah, Vermont, Virginia, Washington, West Virginia, Wisconsin and Wyoming.
Post Views: 227