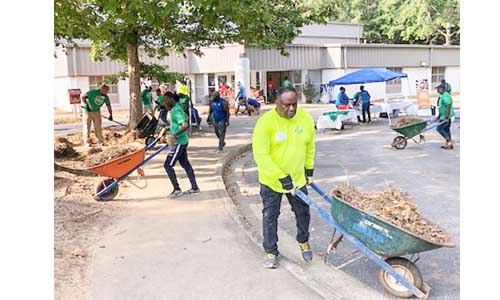 Nearly 60 volunteers joined the city’s staff and South DeKalb Family YMCA team in beautifying the front of Browns Mill Recreation Center recently.  Mayor Jason Lary and Councilwoman Jazzmin Cobble were among those who gathered on Sept. 14 to plant more than 100 plants and improve the
landscaping of the recreation center. 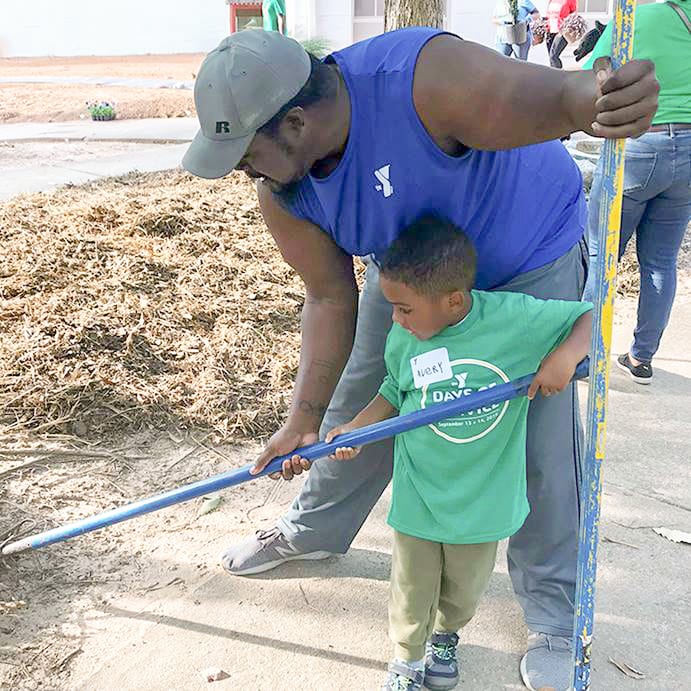 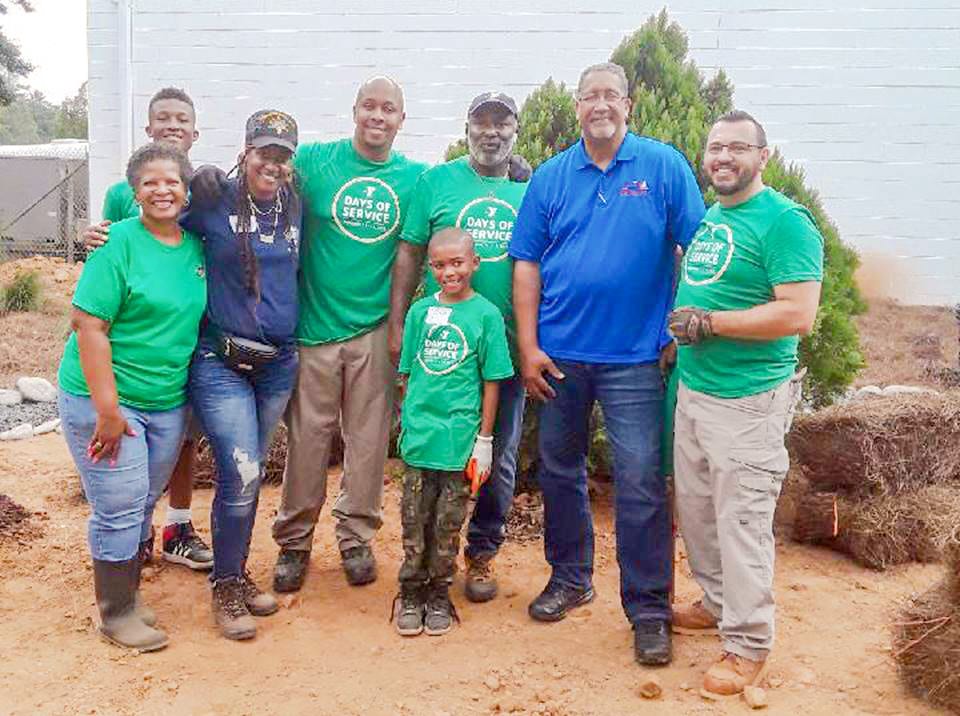 “It was a great day for the YMCA’s Days of Service in the City of Stonecrest.  It was a perfect way to exemplify how partnerships and volunteers of all ages are the key to a successful and thriving community,” Winston said. 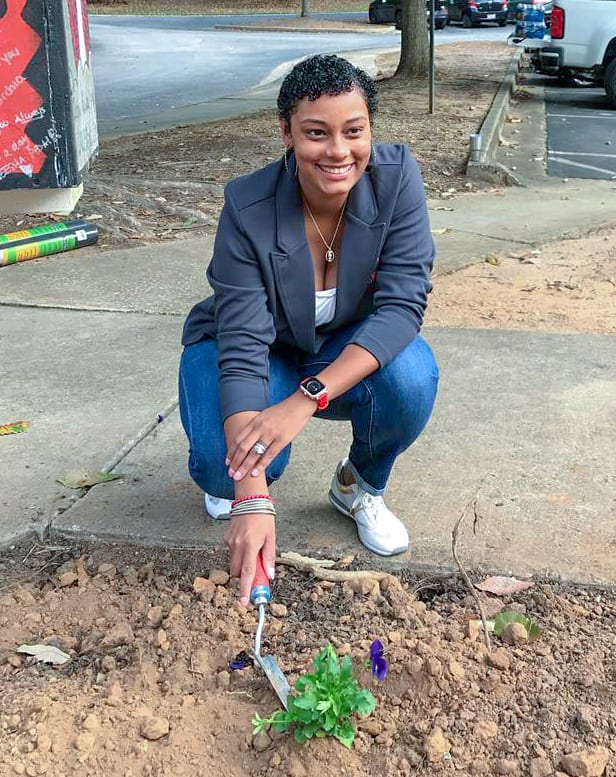 “We are overjoyed to see our plans come to light,” Mayor Lary said.  “The inside and outside of the Browns Mill Recreation Center has been completely renovated. But most importantly we took care of our constituents, improving their quality of life, as we said that we would do,” Lary said.
The pine straw and pine bark were donated by Home Depot and the South DeKalb Family YMCA donated $500 toward the beautification project, according to DePalma.  “We are implementing a new standard of excellence and its going to be great for our residents,” DePalma added.
Post Views: 176