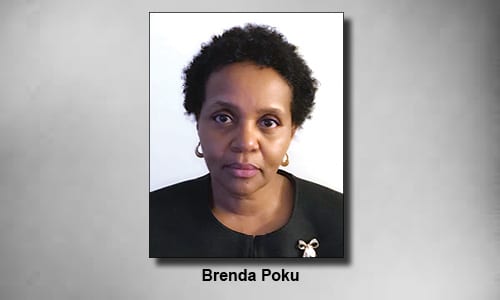 The Library Board of Trustees of the Conyers-Rockdale Library System has appointed Brenda Poku as the system’s new Library Director. Poku began serving on July 9.

A veteran with more than 25 years in the library industry, Poku formerly managed nine of 16 libraries in Chatham and Liberty counties.

• 2018 Migration of Integrated Library Systems (ILS) from SIRSI to PINES

• Newton County Library System – Oversaw the completion of the construction of the Porter
Memorial Library, recognized as the second Georgia governmental building with Gold LEED Certification