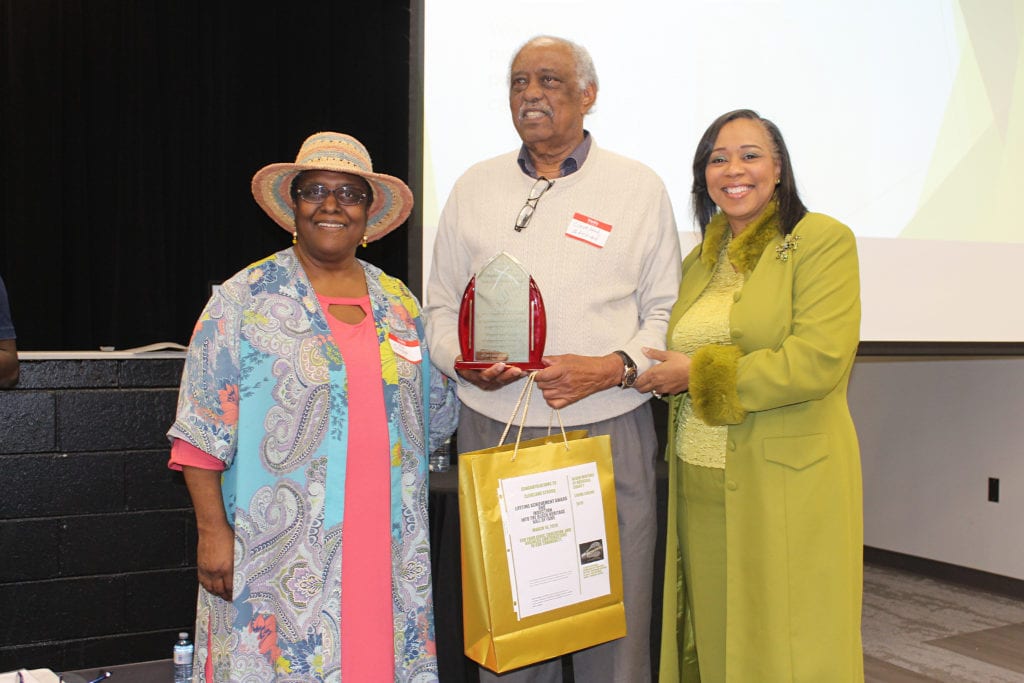 Hall of Fame and Lifetime Achievement honors were awarded to former president of Georgia Perimeter College, Dr. Jacquelyn Belcher; Ms. E. R. Shipp, the first African American female to be awarded the Pulitzer Prize in 1996 for her “penetrating columns on race, welfare and other social issues” during her tenure at the New York Daily News; and community activist Cleveland Stroud, who was the first African American elected official in Rockdale County.

Eighty-two deceased trailblazers were inducted into the 2019class for their work in making Rockdale a suitable place for blacks to live, learn and make a living. Program officials stated that the list of trailblazers is a work in progress and is based on oral histories as well as written documentation.

Shipp was joined by Johnny Waites of the Flat Rock Archives in DeKalb, Nasir Muhammad, director of Dinah Watts Pace and the Reed House and Orphanage in Newton and Catherine Long, cultural resources manager of The Big House, a historic homestead known as the Promised Land in Gwinnett County.

More information can be found at Facebook.com/groups/blackrockdale. A captivated audience listened to guest speakers, enjoyed live entertainment and applauded as trailblazers were inducted into the  Black Heritage of Rockdale’s inaugural Hall of Fame.