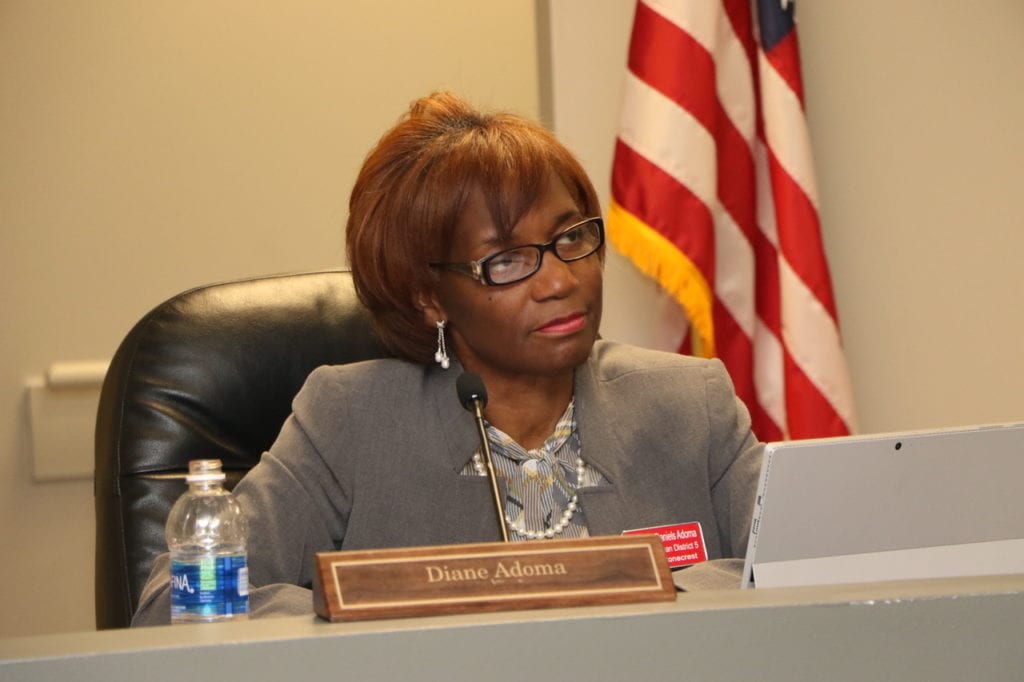 Stonecrest City Councilwoman Diane Adoma is challenging a proposed charter amendment concerning the expiration of her term as mayor pro tem – the person who fills in to run the City Council meetings in the absence of the mayor.

Adoma said she wants Council members to honor their May 8 resolution electing her as mayor pro tem for two years. She said although she never received a signed document stating her length of service, City Attorney Tom Kurrie opined the mayor pro tem’s term was for two years, as stated in the city’s charter.

Kurrie said today, however, he may have erred  and recommended the council seek an opinion from an outside attorney—the law firm of Carothers & Mitchell. Kurrie apologized for the confusion and he said he would cover the attorney’s fee.

The confusion is over whether the council should hold an election for mayor pro tem in January 2018 or if Adoma’s term should automatically be extended. Adoma said she wants a written legal opinion concerning the charter: Sec. 2.09 (lines 898-918) entitled “Meetings, oath of office, and mayor pro tempore.”

The city council deadlocked 3-3 on a vote to hire the law firm to determine if Adoma’s two-year mayor pro tem term is valid.

To view the City Council meeting in its entirety, click here: