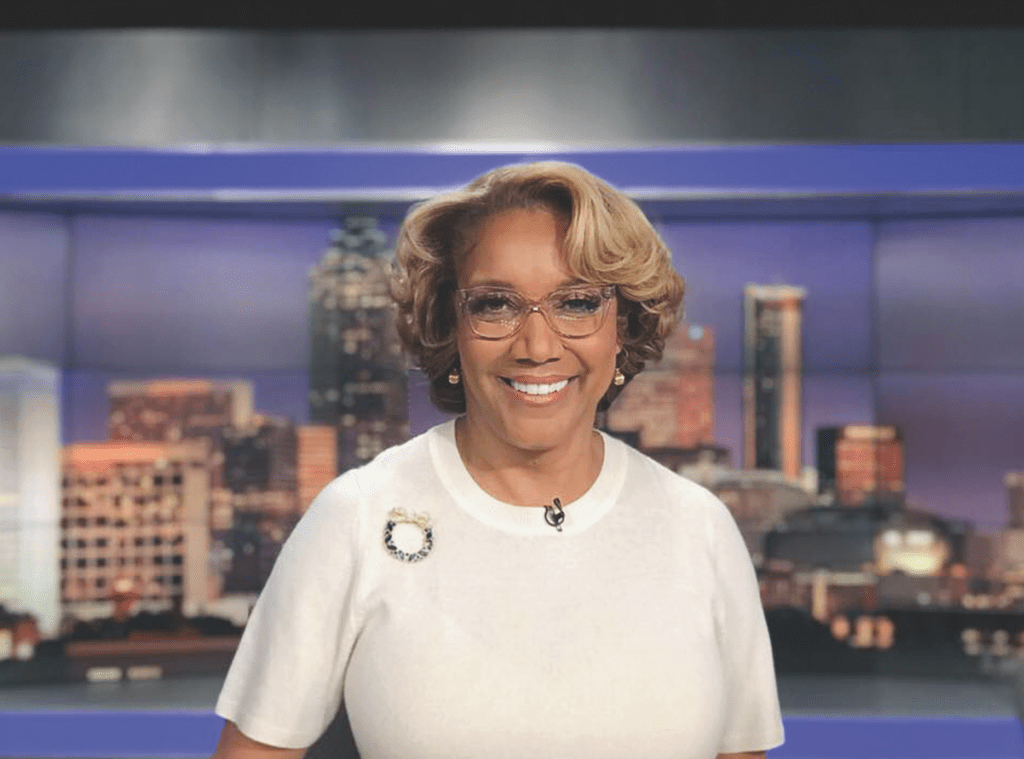 Davis suffered a massive stroke on Dec. 26 at Atlanta’s Hartsfield-Jackson International Airport while heading to her stepfather’s funeral in San Antonio, Texas, according to CBS 46 Atlanta. The television station reported that Davis was rushed to a nearby hospital, where she was surrounded by family when she died a day later, on Wednesday, Dec. 27, around 9:30 p.m.

Davis was a television anchor in Atlanta for more than 30 years, according to foxnews.com. She worked as the morning and noon anchor for CBS 46. Prior to that, she was a reporter and anchor for Atlanta’s Fox affiliate, WAGA-TV, helping to launch Good Day Atlanta in 1992.

During a special CBS newscast, “Remembering Amanda,” DeKalb CEO Michael Thurmond, who followed Davis’ career for over 30 years, discussed the significant role she played in the community.

Thurmond said he and his wife, Zola, were filled with pride when Davis first came on Atlanta’s news scene. Watching Davis work in her field as a journalist was a great inspiration, especially for young African American boys and girls, Thurmond said.

“No matter how bad the news was, it didn’t feel so bad, if it came from Amanda,” Thurmond said during his CBS interview.

Thurmond said the journalist “poured so much” into others.  Last year,  he heard Davis speak during a program facilitated by STAND Inc., an organization that provides support for substance abuse, intervention and prevention.

“She gave the most amazing testimony that night… She shared her personal self and identified with people less fortunate than herself,” Thurmond said. “It was transformative for me to be there and hear her and to hug her and tell her how proud we were of her.”

Many of Atlanta’s leaders offered condolences to Davis’ family, saying she would be missed.

Georgia Congressman John Lewis released a statement saying, “With the passing of Amanda Davis, we have lost a caring sensitive friend and journalist. We pray for her family, friends and colleagues. Her voice will be deeply missed.”

“I am deeply saddened by the sudden passing of Amanda Davis, an icon of the Atlanta press corps. Our thoughts and prayers go out to Amanda’s family, especially her daughter, during this difficult time.

Amanda’s smile was known to people across the metropolitan Atlanta region. Amanda lit up the screen and forged a bond with her viewers. Her absence will be felt for years to come.

During this holiday season, let us be reminded of the need to hold our loved ones close, and cherish every moment we spend with our family, friends, neighbors and colleagues.”

Gregory B. Levett, founder and CEO of Gregory B. Levett & Sons Funeral Home, which is handling the funeral arrangements, said Davis made a tremendous impact in the community. Levett said he had known Davis since 1999 through her work as emcee for the DeKalb Chapter of the 100 Black Men’s annual Casino Royale charity event.

“She had a very positive personality, always smiling and she was always trying to help people. She was an icon in Atlanta and will be missed by many people,” said Levett, a former president of the DeKalb 100 Black Men.

Officials at the King Center posted a tweet saying, “Today, metro Atlanta, and many across this nation and world who were impacted by her life and work, mourn the death of #AmandaDavis. She was in our lives and on our screens, a part of our days, a voice in our city. Thank you, Amanda. We’ll miss you.”

Davis is survived by an only daughter, Melora Rivera, and her mother, Mary Ramos.