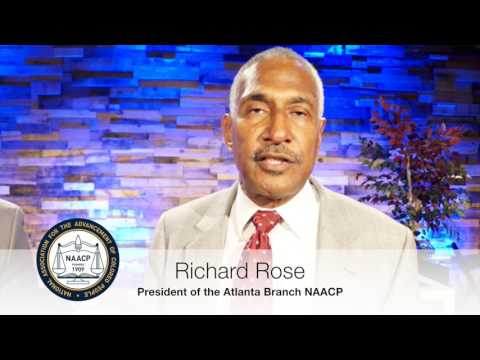 The Atlanta branch of the NAACP is calling for an investigation into the history of inequality in the criminal justice system in the Glynn and Waycross, Georgia circuits.

The civil rights organization said the shooting death of Ahmaud Arbery, an unharmed black jogger who was gunned down by a white son and father in Brunswick, Georgia, has re-ignited the outcry over the longstanding pattern of black men being killed by rogue vigilantes.

“We intend to examine the prosecutions of black defendants and the handling of the complaints of black victims for the past 20 years,” said Richard Rose, president of the Atlanta NAACP.

The history of extrajudicial killings of unarmed black men has deep roots throughout the South but also happens in other regions of the country, where far too often, the perpetrators face no consequences. We expect that investigations of these judicial circuits will produce data that can guide lawmakers to take steps that will end this disparate treatment of African Americans at the hands of law enforcement officers and their copycats.”

Arbery’s death puts in him in a long line of recent high profile murders across the United States that include Trayvon Martin, Tamir Rice, Eric Garner, Michael Brown, Philando Castile, Walter Scott, executed by white police officers or vigilantes, the Atlanta NAACP said in a statement.

In the Arbery case, the February arrests of the two suspects—Travis McMichael, 34, and Gregory McMichael, 64,– took over two months and came after the release of a video of the murder went viral. A local prosecutor, who had told police not to arrest the father and son, declined to press charges. Gregory McMichael reportedly worked for the prosecutor and has extensive connections to local law enforcement.

The Atlanta NAACP said speakers at the press conference include: