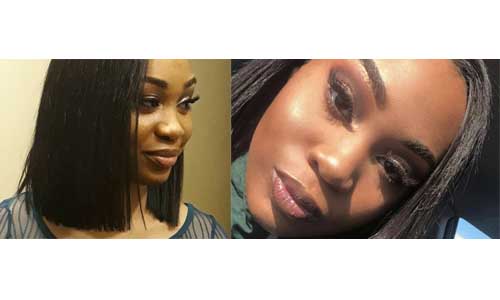 A colorful bouquet of flowers and balloons were placed on a bank outside of the South Deshon Zaxbys Restaurant in Stone Mountain where 17-year-old Elyse Purefoy worked as a cashier. The Arabia Mountain high school student, who was a member of the school’s dance team, collapsed and died on Monday during a summer training workout at Arabia Mountain High School in the City of Stonecrest. 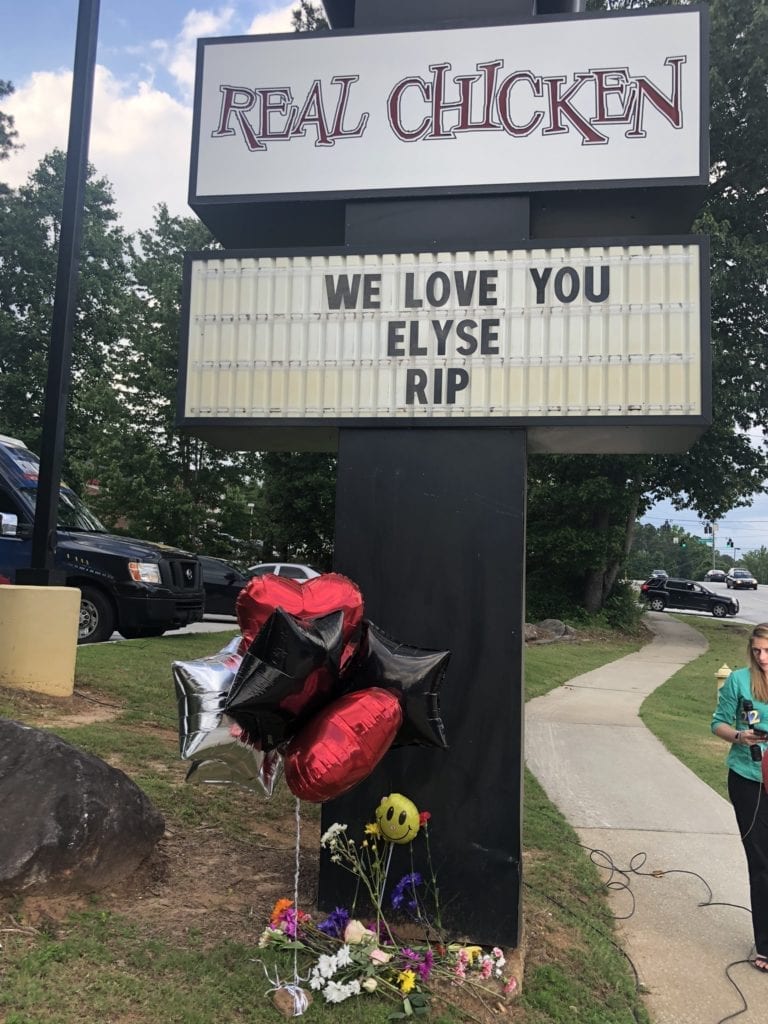 Students said she was running on the field with other members of the dance team when she collapsed.

Zaxby’s Restaurant manager Kimberly Cuffie said, “We are saddened by what happened.We are all praying for her family.”

Cuffie said that a fundraiser and balloon release will be held on Saturday, June 15 between 5 – 8 p.m. at the store. We just want to do whatever we can to help the family,” Cuffie said.

Purefoy’s dad, Henry “Hank” Purefoy set up a Gofundme page to help with funeral expenses. Her father expressed the family’s deep grief in a post on the Gofundme page:

“Today started just like any other day. I made you breakfast and lunch, and hugged you and told you to have fun at dance training. I smiled as I saw you and your brother get in the car to drive you to practice, but who could have known that you would not be coming home to us.

The doctors did their best to bring you back but your heart just stopped working.

Elyse you are a  beautiful spirit.  And we will miss you so much.

Thank you to everyone who has called, prayed and shown support during our time of bereavement. There are no words to describe the hurt and loss we feel.

We love you Elyse…
Purefoy Family”

A member of Arabia Mountain High School’s dance team died this morning after collapsing on the track during a workout.

Elyse Purefoy, a 17-year-old rising senior at Arabia, was participating in training when she collapsed on the school’s track, officials said.
Emergency workers rushed the teen to the hospital, where she was pronounced dead.
Authorities said the incident is under investigation. No further information was provided.
DeKalb County School District officials released the following statement to On Common Ground News this evening:
“The entire DeKalb County School District community, and especially the Arabia Mountain High School family, mourns the passing of a member of the school’s dance team. Our hearts and prayers are with the family during this difficult time.”
Post Views: 234

nextRockdale Board of Education honored as GSBA Exemplary Board