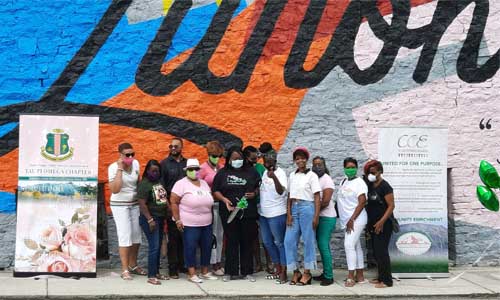 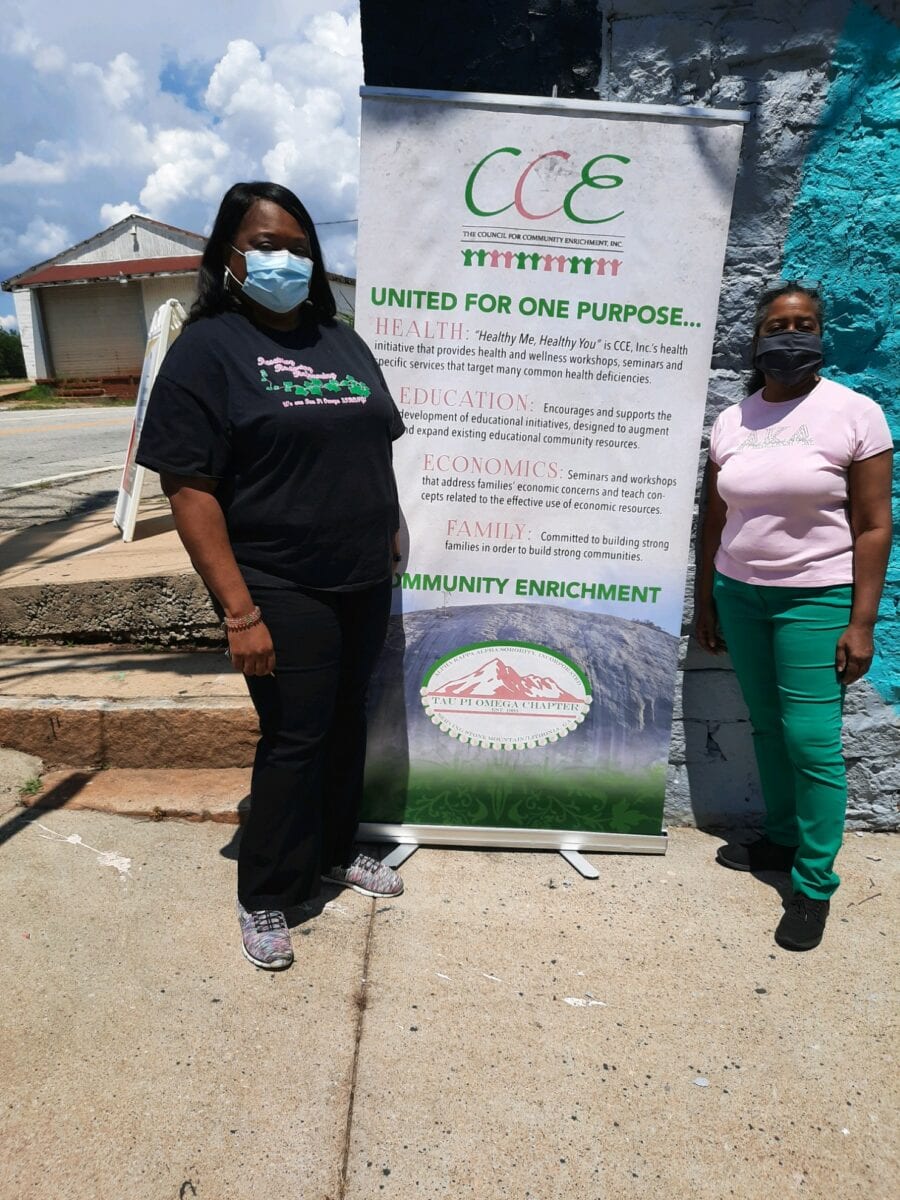 LITHONIA—The Tau Pi Omega Chapter of AKA sorority recently celebrated the ribbon cutting ceremony of its  “Rise and Thrive” mural in the City of Lithonia.

Aidra N. Martin, chapter president and president of the Council for Community Enrichment, expressed her pride over the completion of the artistic landmark at 7268 Center Street, located in the heart of downtown Lithonia. The ribbon cutting ceremony was held on July 25.

“I am truly excited that the mural has been completed,” said Martin. “When Tau Pi Omega and the Council for Community Enrichment, Inc. agreed to fund this project, we did so out of our desire to beautify our community as well as to support the arts, one of Alpha Kappa Alpha’s current targets in its international program.  Through this target, Alpha Kappa Alpha’s intent is to salute the Black Arts Movement through the celebration of African-American art.”

Martin said the mural was created by “Hey Brown Girl You’re Beautiful” artist Faatimah Stevens, a black female. About 150 community volunteers began the initial work on the mural during the MLK Holiday weekend earlier this year.

Stevens said the mural serves as a beacon of hope to residents, neighbors and visitors of the City of Lithonia.

“This was a joint effort. We collaborated with community volunteers and supporters to bring the mural to life for Lithonia,” Stevens said.

“The completion of the mural represents a visual commitment to thea within the Lithonia community for Alpha Kappa Alpha Sorority, Inc., Tau Pi Omega Chapter and its foundation, The Council for Community Enrichment, Inc.”

Tau Pi Omega and the Council for Community Enrichment (CCE) have played pivotal roles in uplifting the arts in DeKalb County and metro Atlanta. Some of their initiatives include: