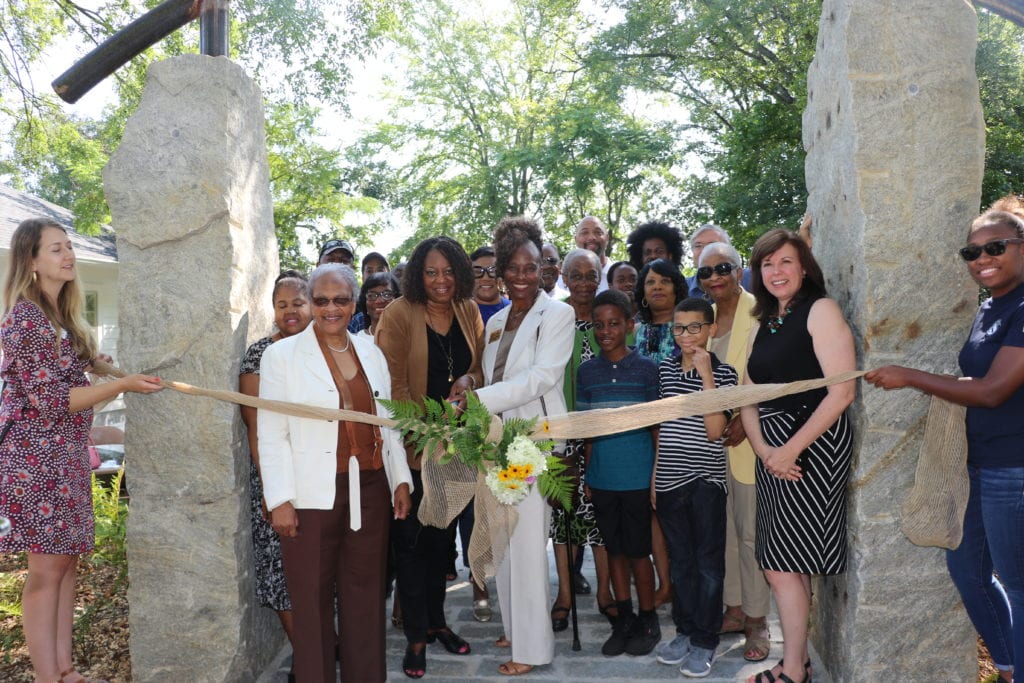 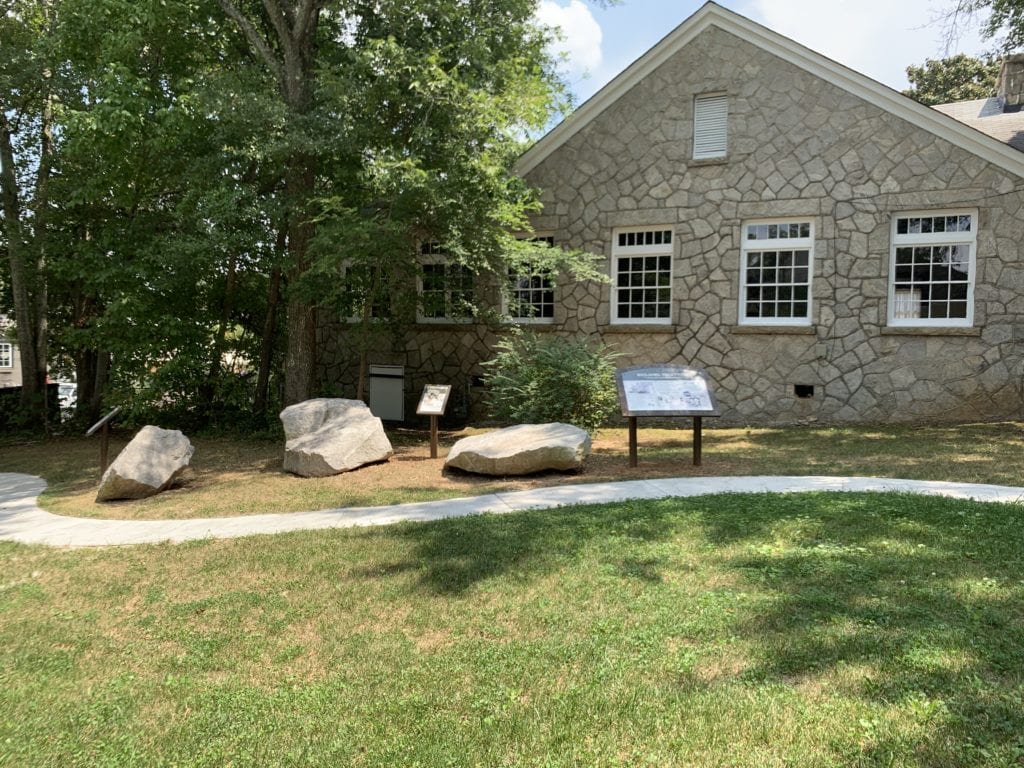 A newly-designed garden celebrating Lithonia’s heritage and history has opened to the public. Officials and community members from the City of Lithonia, DeKalb County and the Arabia Mountain Heritage Area Alliance gathered recently at the Ruth Carroll Dally Johnson Interpretive Garden, 2564 Wiggins Street, for a ribbon cutting ceremony.

“It’s an awesome time to just know that this history of all of the foot soldiers in the City of Lithonia is being preserved. I think this should serve as an example for other communities to store their history so that generations after them will know the sacrifices that were made for their freedom,” said DeKalb County District 5 Commissioner Mereda Davis Johnson.

The new garden introduces visitors to historic sites and places and the people who helped shape the city into a thriving quarry town. Lithonia, which translates to “city of stone,” once served as an economic hub providing tons of granite across the U.S. for use in construction, agriculture and even building monuments. The garden is named after the family of Martha Josephine Johnson, a botanist and scholar who earned her PhD from the University of Georgia and studied endangered species native to Arabia Mountain. The property was donated by her estate after her death in 2012 and, in keeping with her wishes, named for her mother.

The Lithonia Woman’s Club, founded in 1924, gave women the ability to impact their community at a time when they were excluded from elected government and business; the club also housed DeKalb County’s first public library.

While the Woman’s Club created a space of empowerment for some women, others were noticeably excluded: Racial segregation remained a systemic part of life through the 1960s. It took figures such as Lucious Sanders, David Albert and Maggie Woods, working in tandem with and as part of the national Civil Rights Movement, to break open the doors of opportunity for African-Americans. In fact, Maggie Woods’ children went on to serve in various roles in Lithonia’s government, including as a City Councilmember (Barbara Lester), the first black Chief of Police (Jerome Woods) and the first black woman to be Mayor (Marcia Glenn Hunter). Their legacy as local leaders continues to shape Lithonia today.

“My uncle was all about integration, he was all about bringing the black and white communities together…he was a pillar of the community,” said Patrilla Arrington, Lucious Sanders’ niece, who attended the garden opening.

The Ruth Carroll Dally Johnson Interpretive Garden, 2564 Wiggins St., Lithonia, is open from dawn to dusk every day of the week. The new garden, which is privately owned, is free and open to the public.  Visitors can learn more about AMNHA and its trails at arabiaalliance.org.