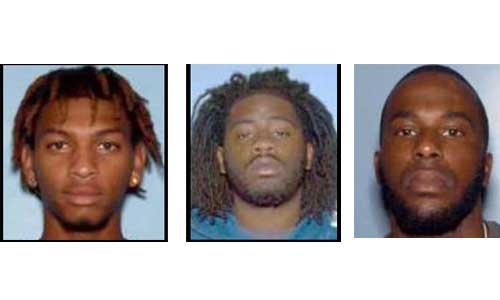 One suspect wanted on murder charges in connection with the Sept. 29 shooting at The Mall At Stonecrest is in custody, DeKalb County police said on Wednesday (Oct. 9).

Nineteen-year-old Taron Williams, whose address is listed as Covington in jail records, turned himself in to the DeKalb Police Department and was booked into the DeKalb County Jail, police said.

Two other suspects — Trayvon Williams, 25, and Jermel Campbell, 26 — are still sought in connection with the shooting, said DeKalb Police spokesperson Michaela N. Vincent. She said she did not know whether Taron Williams and Trayvon Williams are related.

The shooting took place around midnight in the mall’s courtyard between the Stonecrest 16 movie theater and the Round One bowling arcade.

Police identified the victim as Kevin Downer.  Downer, who was shot in the back after an altercation with the men, was found in the parking lot and taken to Grady Hospital, where he died.

“It was reported that several suspects shot the victim after a verbal dispute outside of Round One,” police spokesman Sgt. J.D. Spencer said at the time.

Anyone with information on Campbell or Trayvon Williams is asked to contact DeKalb police.